I know I’m superstitious, and maybe that’s part of the problem… we never leave on Fridays, knock on wood any time anyone mentions future plans (“we should be in on Wednesday! KNOCK ON WOOD”), and generally try to observe any other Karma-related rules… But both of us had the feeling that our last passage wasn’t going to let us get away easy. And it didn’t.

It all started as planned… not a breath of wind, flat calm seas… 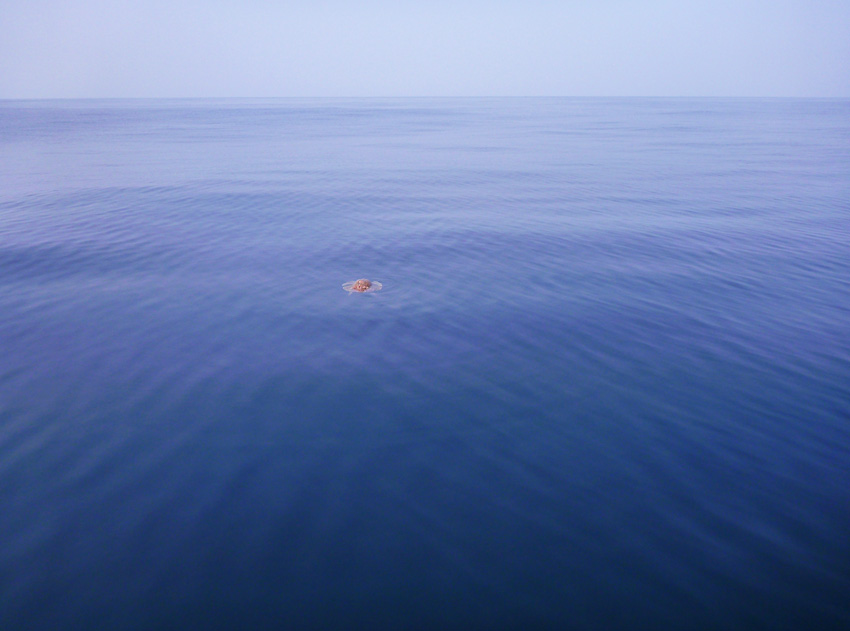 I’d wake up to hear Jon yelling “Hey! Hey! Buddy! Get out of the way!” There were so many turtles floating along that we were literally running some of them down 🙂 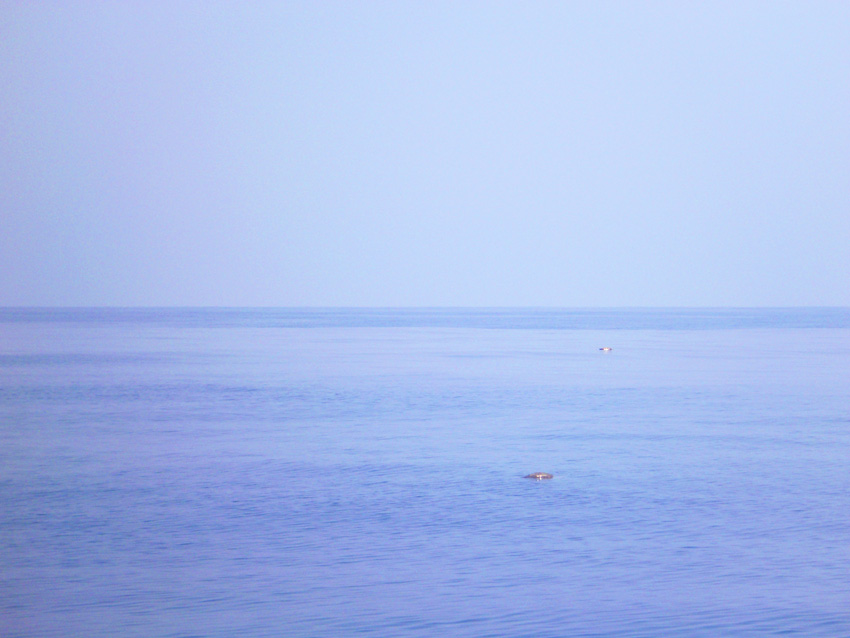 I really wanted to get a close-up picture of one of these guys (who float along at the surface, poke their heads up when they hear you, give you an evil eye-ball, and then go back to floating) so Jon happily became the turtle-spotter… 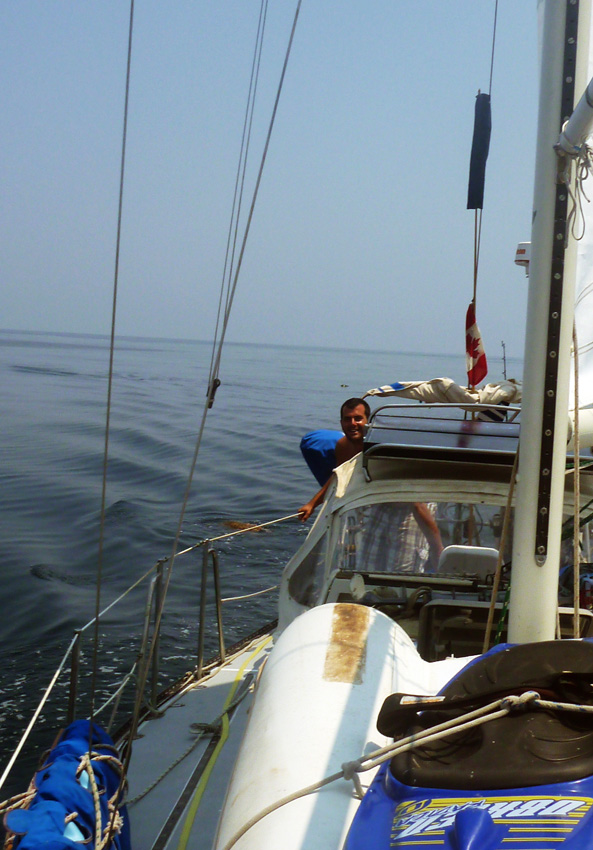 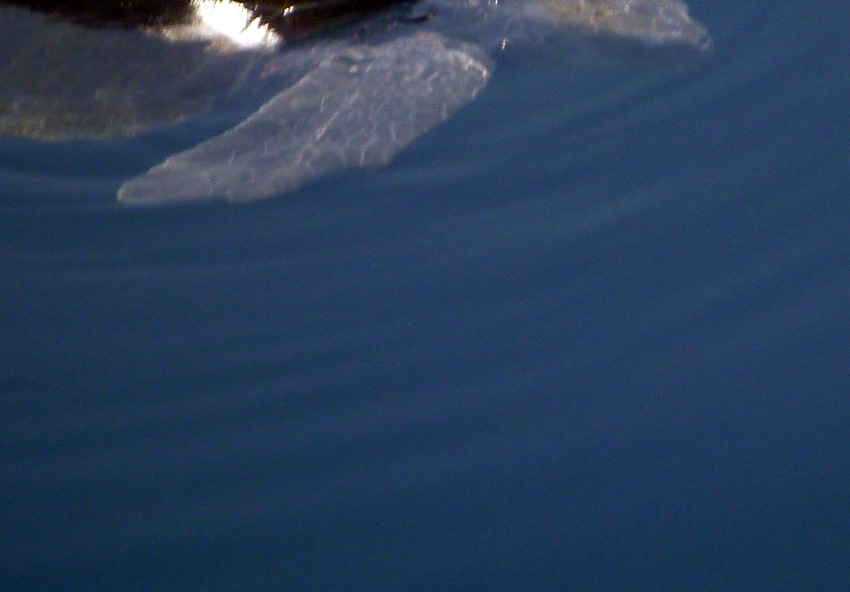 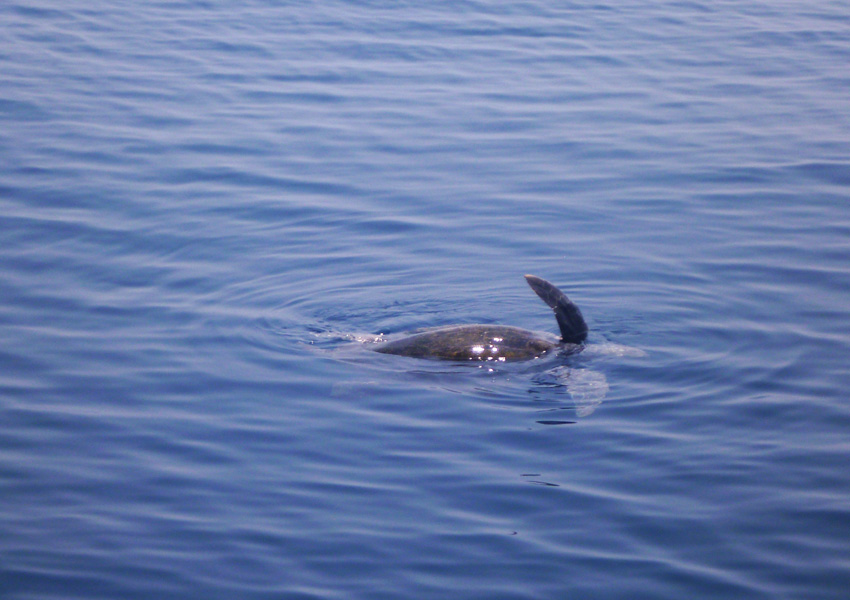 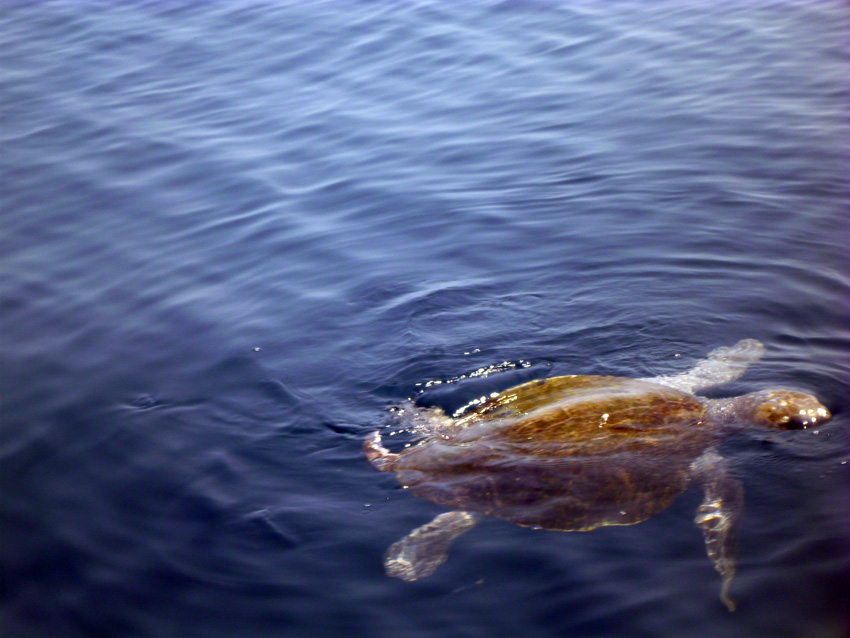 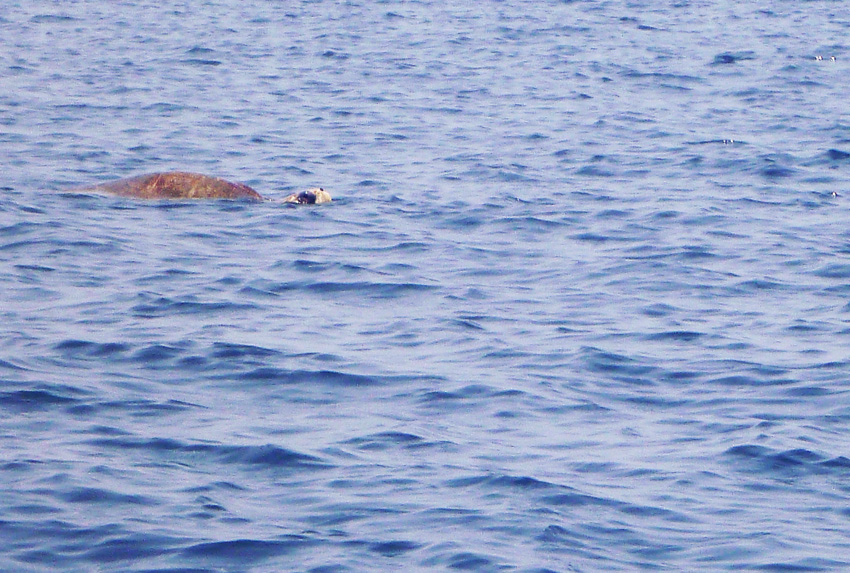 And all was good, until it wasn’t. It started with a smell… “Sniff, sniff. Jon? Do you smell something funny? Smells like diesel??” We hopefully checked the jerry cans, hoping maybe one of them was leaking… but nope, wasn’t a jerry can. Checked the bilges, nothing. Finally checked the engine and… yep. Diesel spewing all over the place, from a broken fuel line.

Of course it was 9pm (because all bad things happen in the dark) and there wasn’t a moon in sight. We shut down the engine, and proceeded to go… just about nowhere. Figures that we’d be complaining about NO wind in the Tehuantapec!! 🙂 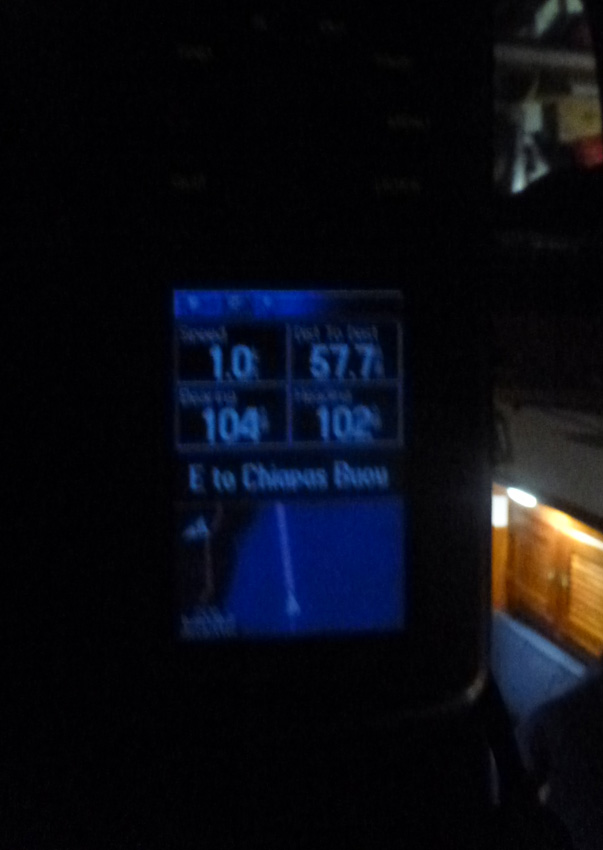 Jon (my hero mechanic) went to work trying to rig up a repair — the challenge being that the line broke right at a fitting, so it’s reeeeally hard to fix. 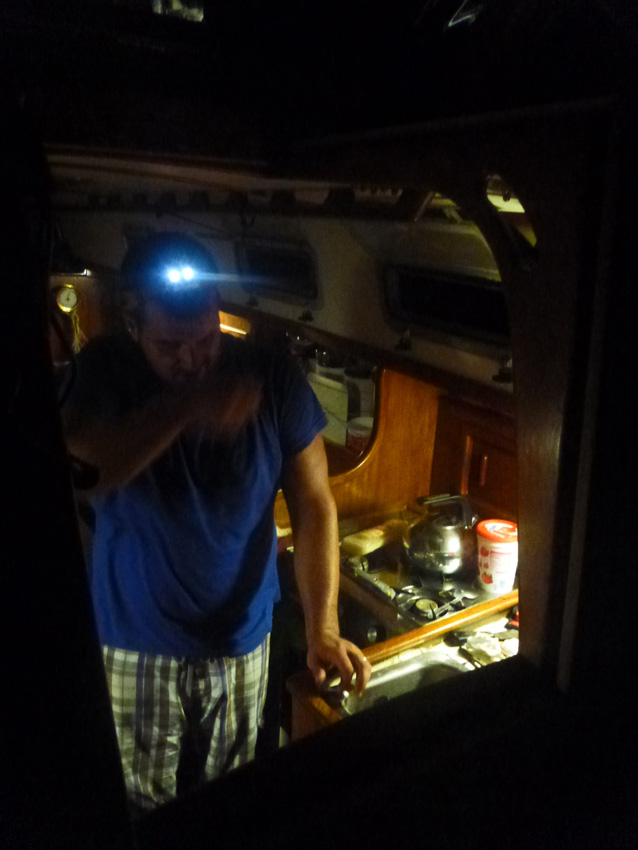 Anyways, Jon managed to fix it with some epoxy putty enough that we could motor for 8 hours, and knock off almost 40 of our remaining miles. At the 8-hour mark we discovered an inch of diesel floating on top of the floor boards… and figured it was time to give up on the inboard.

Enter the star of the show: 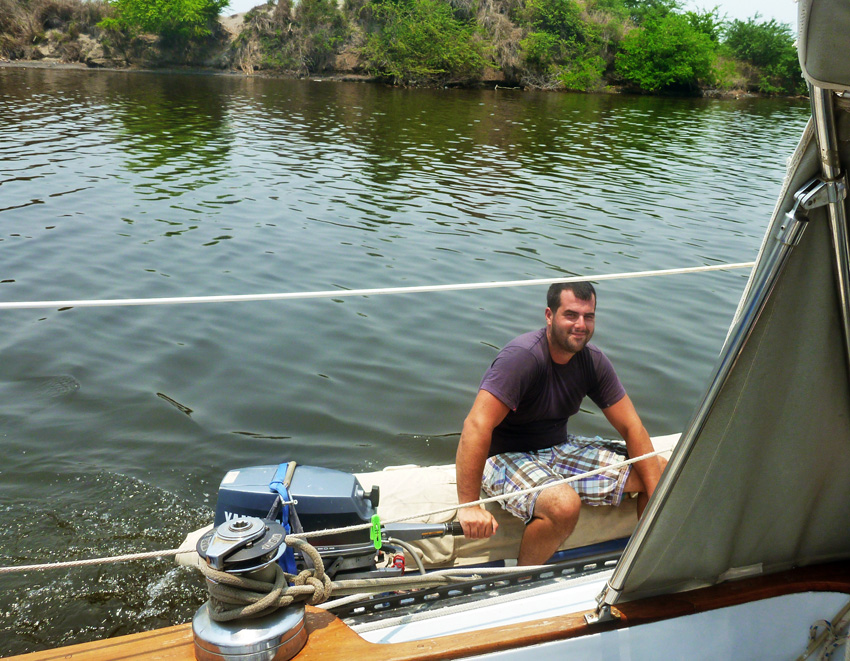 That 15 hp Yamaha outboard pushed our 33′ sailboat for FIVE HOURS STRAIGHT, moving us along at an absolutely respectable 4-5 knots. It was a little stressful coming in to the channel, navigating around the bends in the estuary, and docking in the marina… 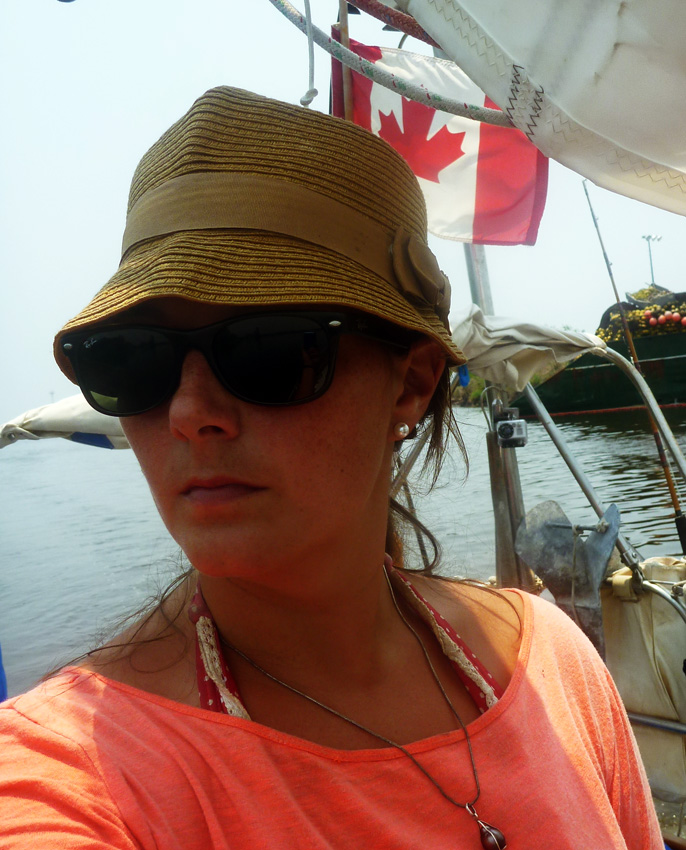 But we made it, not a scratch or a complaint, and we are SO FREAKING HAPPY to be here! Our last passage is behind us, we’ve had showers and a nice dinner out… So life is good again 🙂 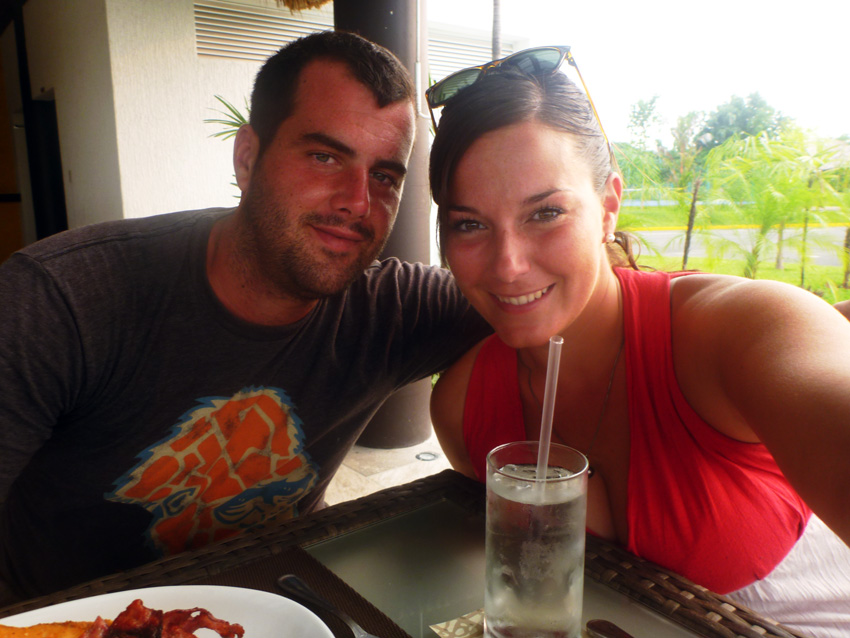