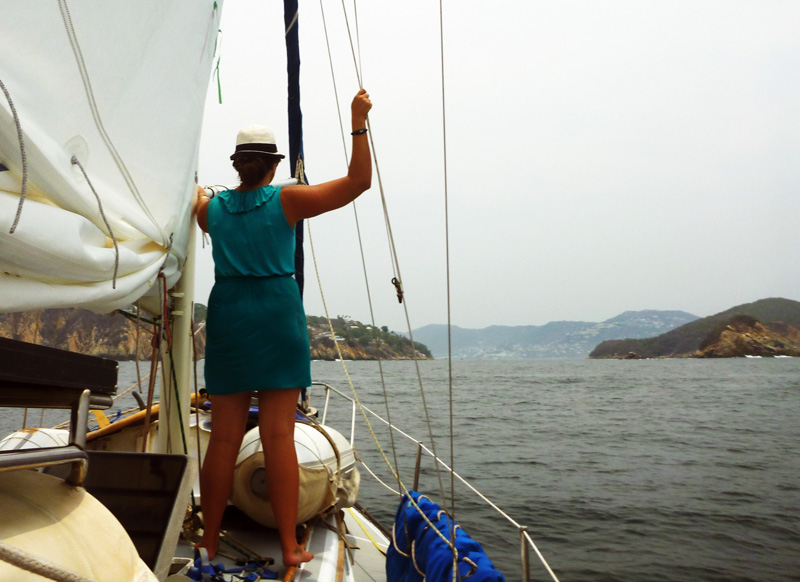 Some days are funnier than others.

Like today: We dedicated today “find a Macbook charger” day, since BOTH of our chargers kicked the bucket in the last week (very. not. good. for someone that works on the computer). Strangely enough, Zihuatanejo (the “fishing village” that reminds me more of a Mexican Whistler that we were in a couple days ago) had a small store with a knock-off charger that we happily bought for $50. It lasted 2 days, so I guess we have to stop saying that Apple chargers are the worst.

Anyways, being “find a charger day” in Acapulco, we started at the dilapidated pier here in the bay, negotiating with a guy smoking Cruella-Devil-style cigarettes, sporting Aviator sunglasses and bright blue boxers (and not much else) about how much it would cost to leave our dinghy for the day. Settling at a number everyone was happy with, we set off for the bus.

Acapulco is the world’s #2 deadliest city in the world. This comforting thought was reverberating through my brain as we hefted Macbook computers, cameras, wallets, boat registration, passports and essentially every other valuable that we own across town, hunting in desperation for a damn charger. 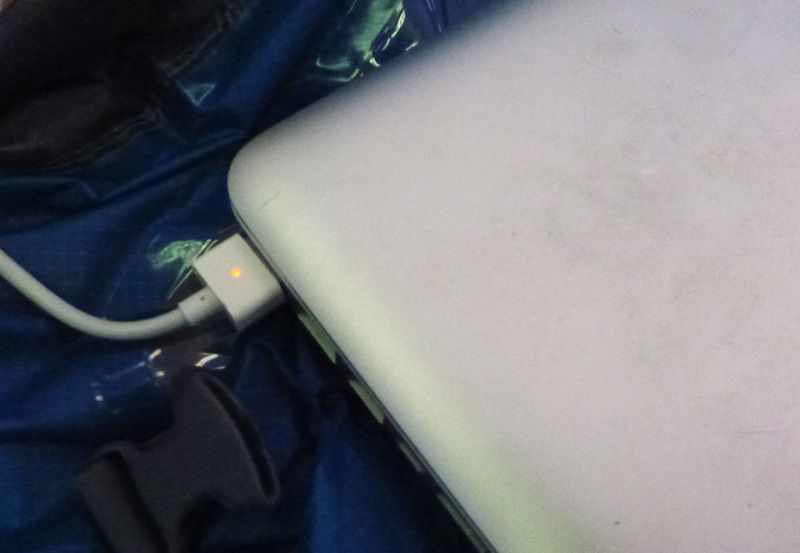 I would *really* like to moan about how we had to visit 4 Office Depots, 2 Office Maxs, 1 Costco, 2 Walmarts, Radioshack, Elektra, Liverpool, McDonalds and Fabricas Francia on our ridiculous search for a charger (McDonalds wasn’t strictly necessary for the hunt — but it was pretty important for the morale recharge)… but I’ll cut to the chase and say that after striking out in all of the above (despite the fact that ALL of the above sell Macbook computers!) we eventually found a knock off version just after we’d completely given up hope in a RANDOM little electronics store. Thank goodness our beloved taxi driver Rafael didn’t lose faith — he and his Volkswagon Beetle made it their personal mission to help us get a charger! 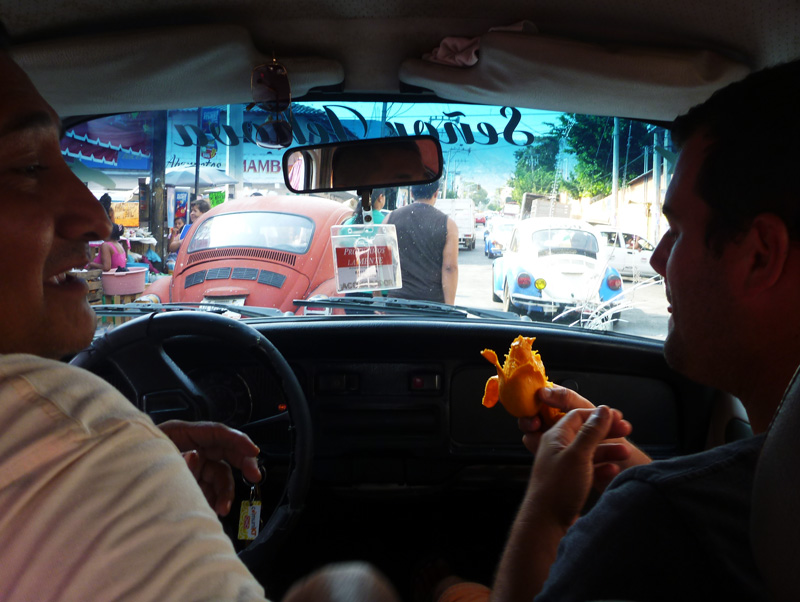 Rafael also kept us quite entertained; when we came out of a store with long faces, having been turned down again (“Cargadores? Para Mac? hahahahaha,” they’d laugh, “no, no, no, no hay en Acapulco!”) he’d turn up the charm and try to convince us once more to get a hotel for the night (“How can you sleep in the little boat? Rock, roll, rock, roll, all night long, no? You can’t sleep like that!!”), or question Jon again about who the Captain of Brio is (“Her? Really? hahahahahahahahahahaha, no, no, no, you are so funny Senor. But really — who is the Capitan??”). We all managed to have quite a day of Spanglish, with Jon even getting in some talk about the split rear ends of fire trucks, as well as a lesson on how to properly eat a mango, and me managing to pick up some fruits and vegetables and figure out what to eat for dinner. 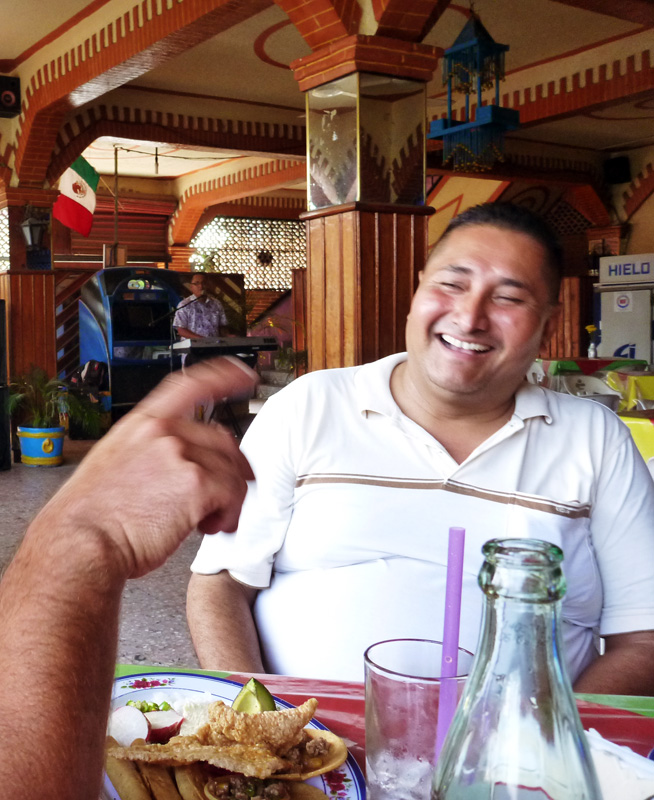 Turns out Thursdays are “Posole” day, a kind of corn and chicken stew that is served with chucharones that literally every restaurant in town brings out — but only one day a week. Rafael said it was his favourite dish, and hey it was a Thursday, so for $4/person we figured why not 🙂 With a one-man-keyboard-band playing in the background, the 3 of us enjoyed a nice little Posole meal to cap off our long but successful day, and then we called it “fini“. (Oh, and ironic: the keyboard man managed to play the recessional song that we chose for our wedding after Jon hummed a couple bars. We still don’t *really* know what it’s about, but we did manage to learn that it has something to do with colourful bowties. That seems wedding appropriate, right?? :P) 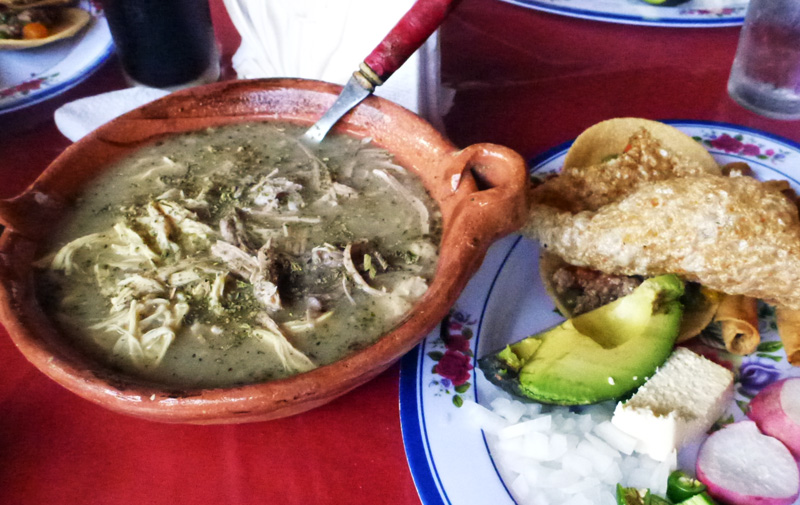 We won’t talk about how much the taxi cost us (700 pesos ~ about $58) since we spent literally 5 hours with the man, or how much this version of a knock-off charger cost (890 pesos ~ about $74) since I’ve still got my fingers crossed that the darn little red light will just stay on and keep happily charging my computer… but I will say that Apple support is going to get an earful when we get back to our northern countries… and Thursdays are definitely the day to visit Acapulco. 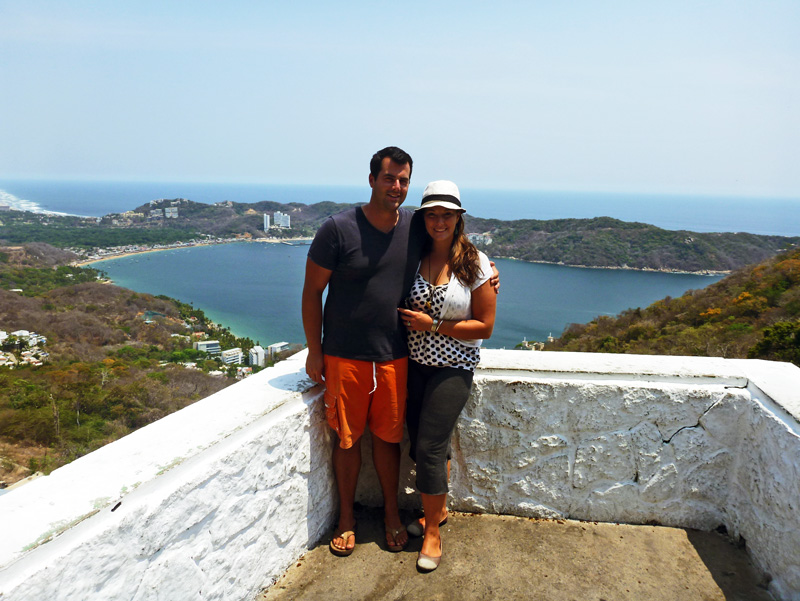 Which, I’d like to also add, is a gorgeous city with some of the prettiest vistas and friendliest people we’ve met so far. I am super glad that we stopped, and am more than happy to pay the $4/day for the dinghy dock and $4/day for the mooring (the final numbers we settled on after our negotiations — so don’t let them guilt you into paying more!).

The ever cheap, ever proud of it, 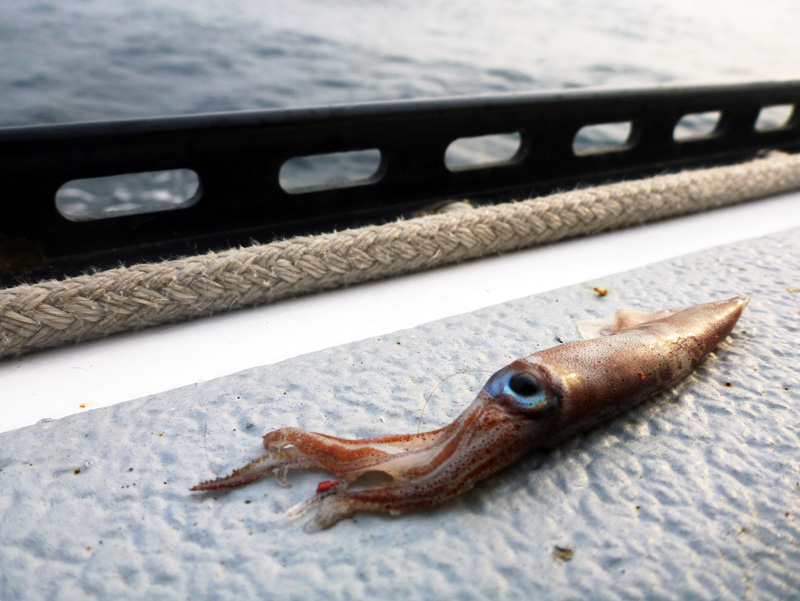 PS — We had 19 of these little fellas visit on our trip from Zihuatanejo to Acapulco, and while they’re almost kinda cute, the not-cute part is that the one Jon stepped on (ewwww) left quite a good patch of ink on deck… not to mention that they tend to fall apart when you try to peel their dead and dried bodies off  😉