This is becoming a bit more of a maintenance blog than I ever thought it might… but it turns out that after you spend hours/days/weeks working on something, it’s *really* satisfying to tell people about it!

Of course, there was once this exchange:

Leah, 6-years old, sniffling back tears, “Dad! Dad! Dad! A girl at school called me a show-off :(“
Dad, wise to his daughter’s ways responds, “Well Leah, that’s because you are”.

But back to the projects… 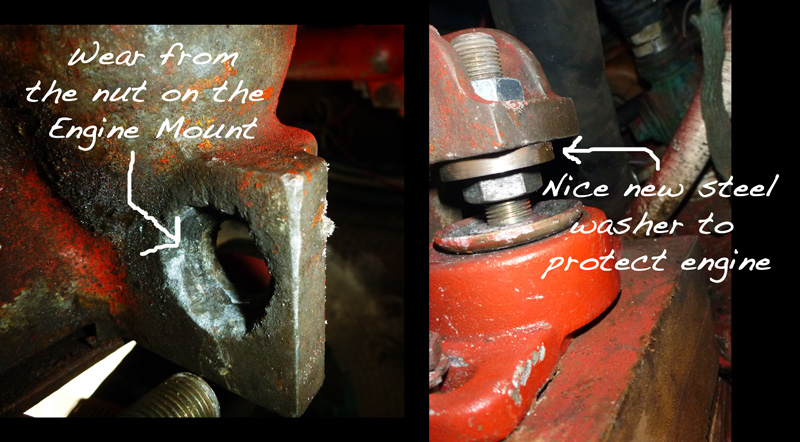 We got our new engine mount installed and the engine aligned… and in the process decided to have a big steel washer made, to help prevent any more wear and tear on the engine (see the photo on the left? That’s not supposed to be rounded out like that).

I also took pictures of all the mounts *after* aligning the engine, so that we can count threads “next time” (next time???) and hopefully be half-way there to having an aligned engine…. in a perfect world, right?? 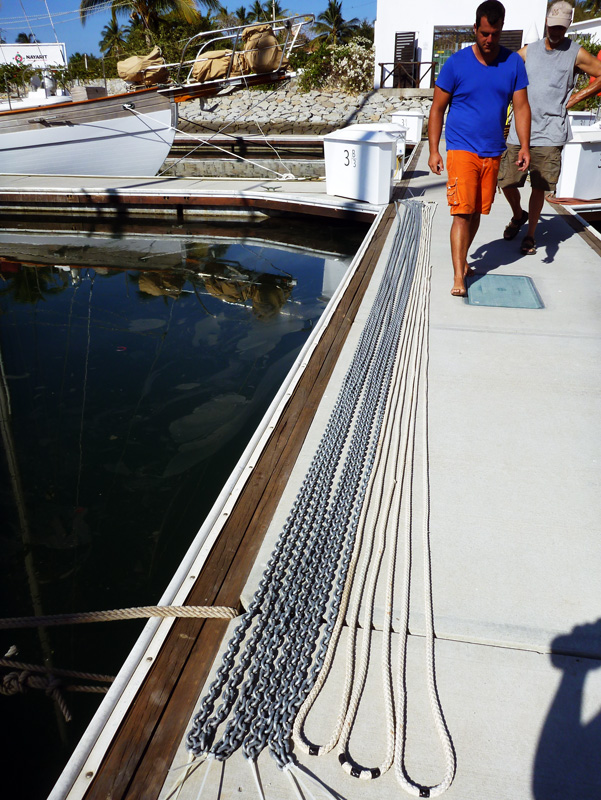 Our big purchase while we were here was 200′ of 1/4″ Hi-Test G4 chain… somebody came on the net one morning and announced that they were selling BRAND NEW anchor chain, so we jumped at it! Saved us having to deal with shipping & customs next year (when we’d planned to get new chain). 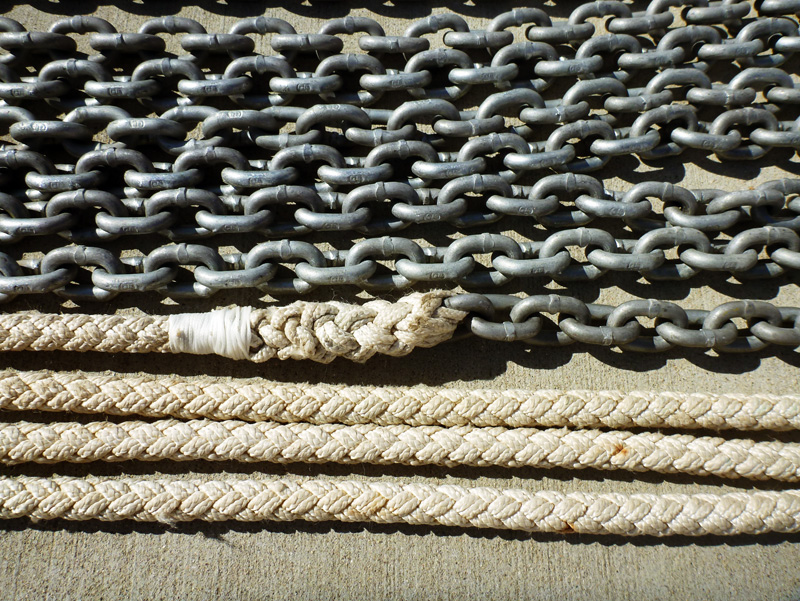 Also meant I got to practice my splicing again 🙂 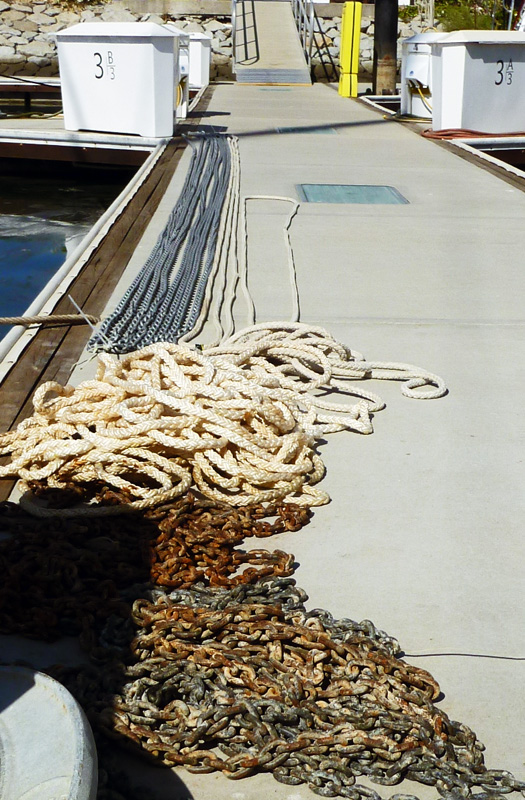 And this lovely 100′ pile of rusted 1/4″ BBB chain is the reason we decided to jump on new chain!! 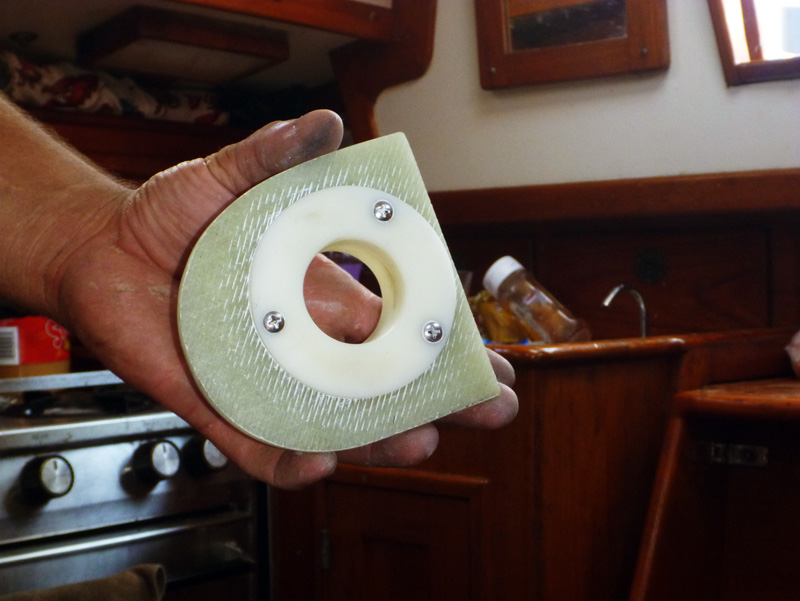 What’s Jon up to now, you ask? Well this is a fibreglass plate that he laid up, cut out and installed in our cockpit floor… 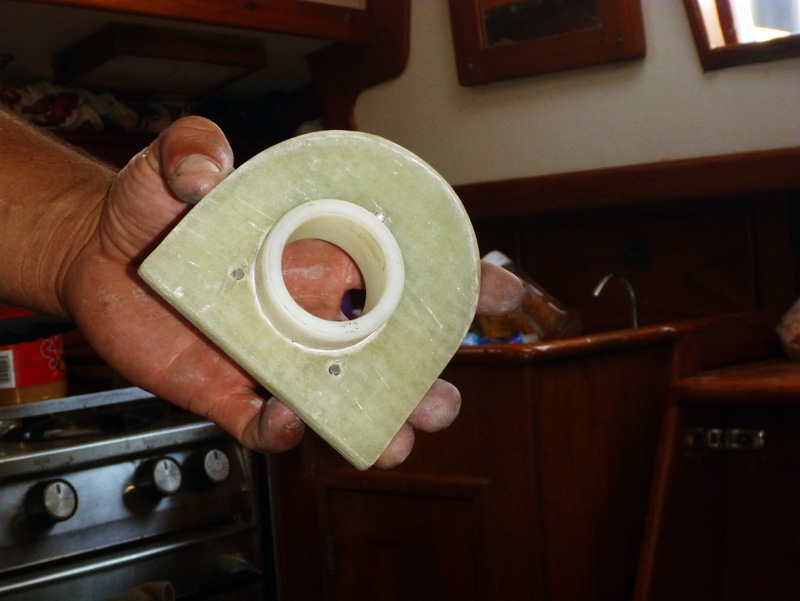 Below is a little ‘before and after’ of the top of the rudder post… the previous bushing was being held in with some kind of crappy plastic material, which if you’ll remember was letting in *tons* of water underway and causing us to feel like we were sinking.

Since we had the machine shop make us a new plastic bushing, we thought it would be a good time to make up a “plate” to better seal the area and hold the new bushing as well (thanks to s/v Puffin for the idea!). Jon did such a nice job on the fibreglass that I couldn’t resist taking a few pics 😀 : 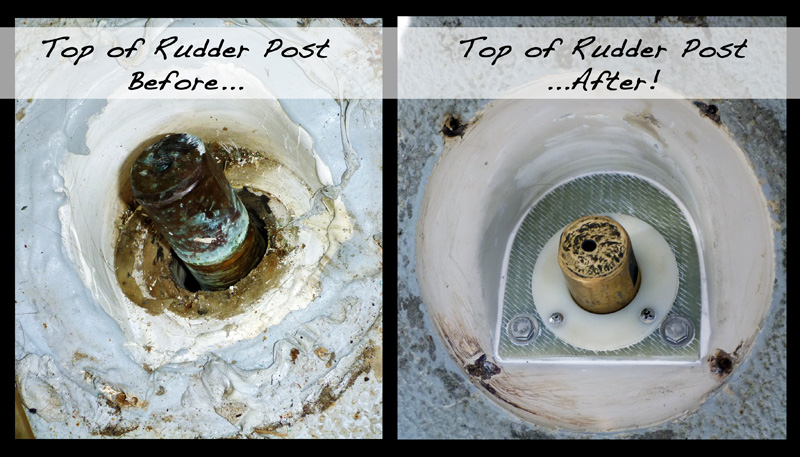 My most favourite project though? A BIMINI.

Again, listening to the morning net we heard somebody advertise “a few used bimini hoops” so we jumped over and took a look and Sha-ZAM, he had one that fit our boat!

We bought the stainless steel hoop for $40, an 84″ zipper for $10, and somebody gave us the fabric… so all in all it was a pretty cheap project! 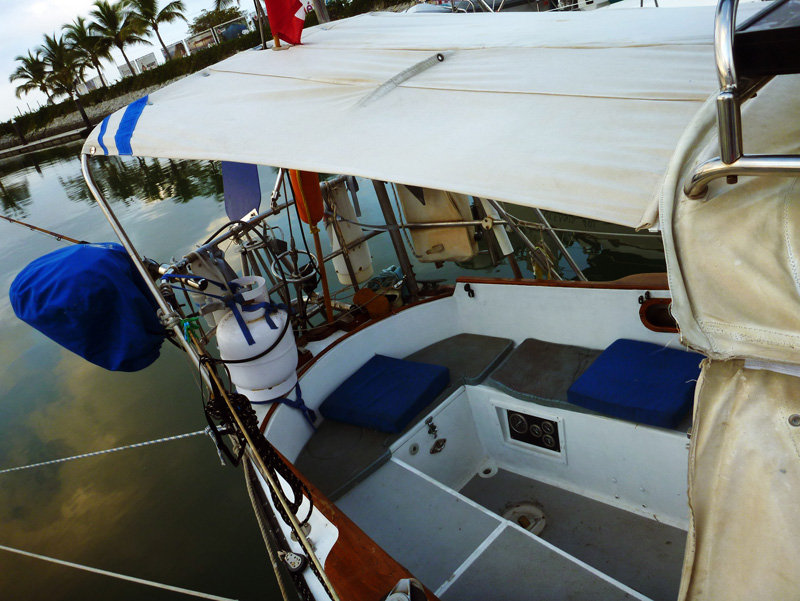 It is SO nice to have a shaded cockpit! 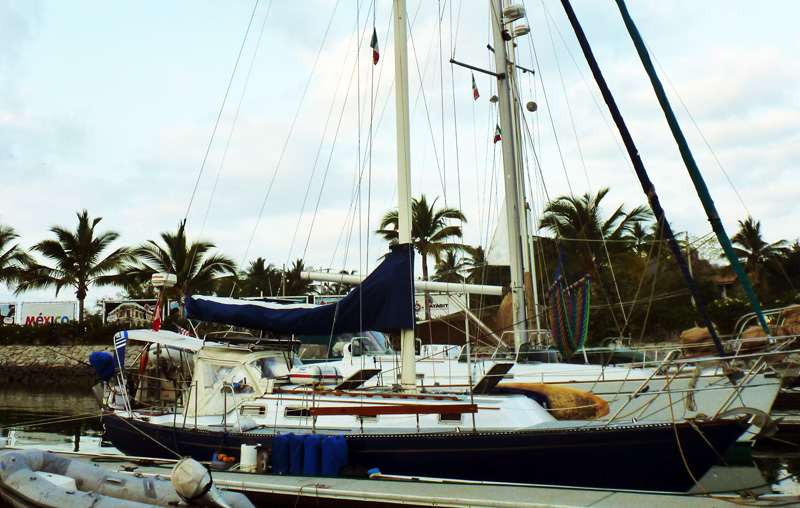 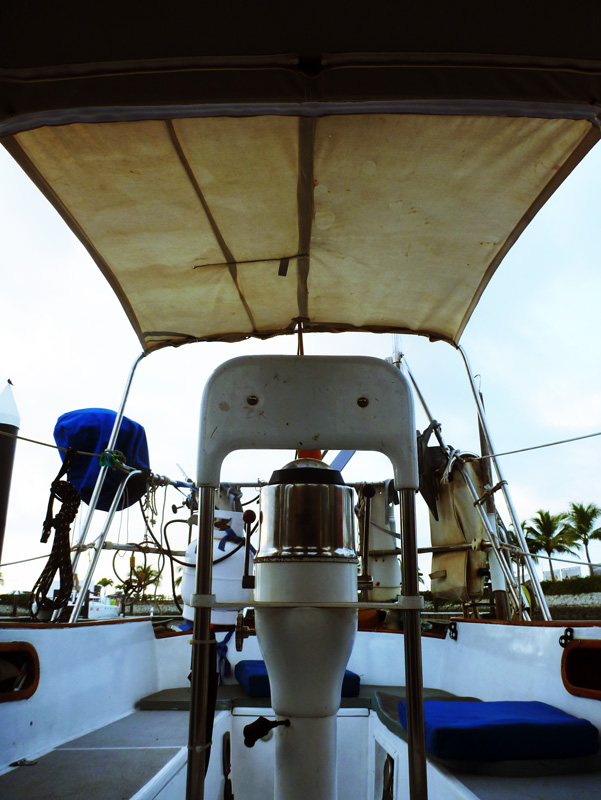 And one last little happy story for you… Jon’s Kindle packed it in (frozen on the sleep screen… tried all the online fixes with no luck) but thanks to the super duper generosity of our friend Mary Jane (who was visiting Banderas Bay for only a week) Jon has a replacement.

We ordered a new Kindle to her house and Jon got to keep Mary Jane’s — and it’s a new fancy one too 🙂 Needless to say Jon (and his Cussler-addiction) are very happy to be reading again! 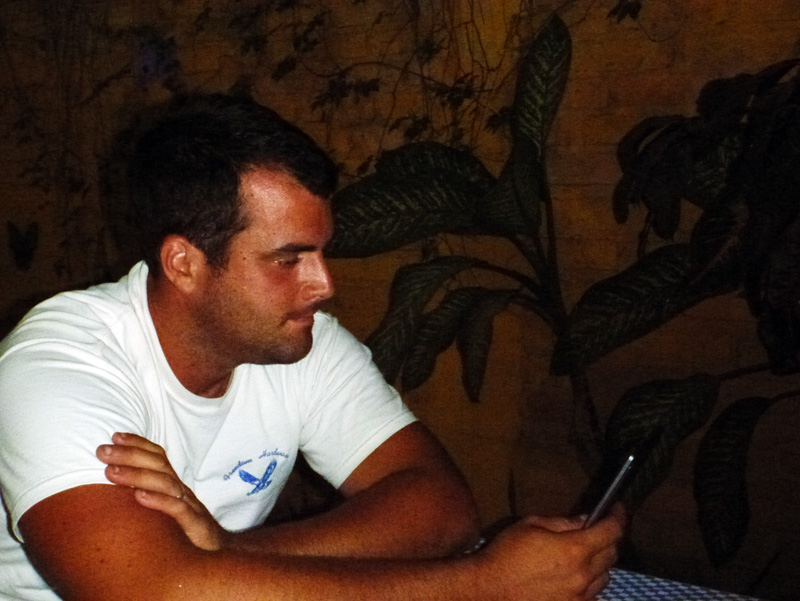 And now, in my ever-superstitious ways, I won’t say when or where we’re thinking of going just in case I jinx it… but we think we’re leaving soon! Onwards and upwards 🙂