So, truth time — as much as we’ve been *on* the boat and out motoring around, we hadn’t actually gone sailing until this past weekend. Turns out getting out sailing with a newborn is harder than you might imagine (who knew?? 😉 ). 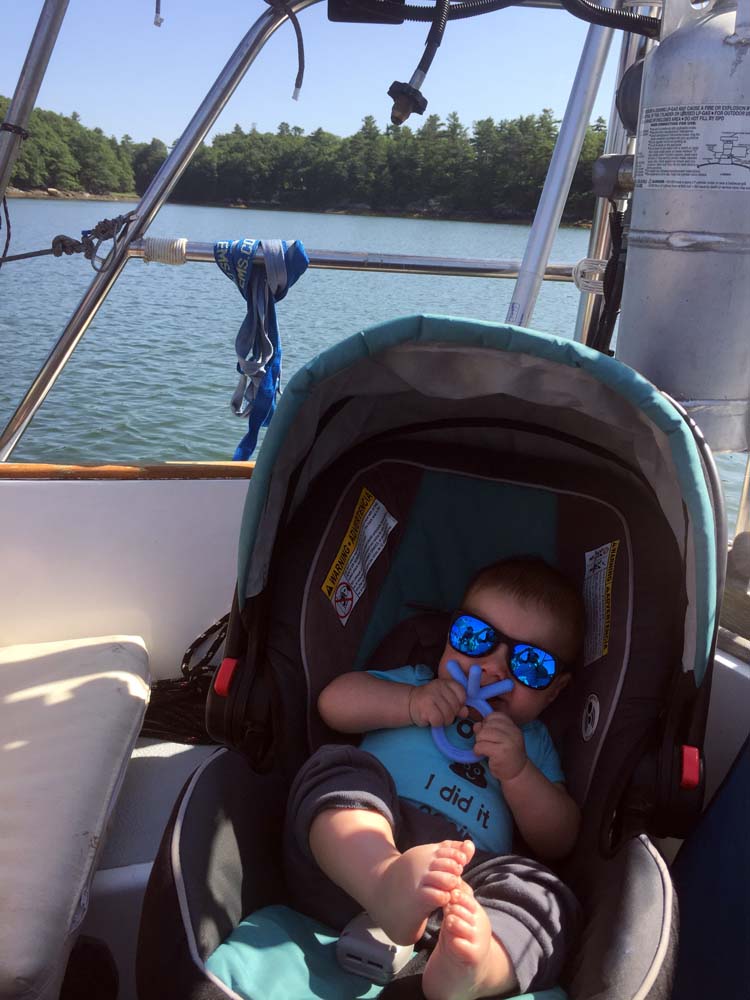 We did get to try out the carseat-as-cockpit-seat though, and that was mildly successful. “Mildly” because the little man definitely prefers to be strapped onto a human 😉 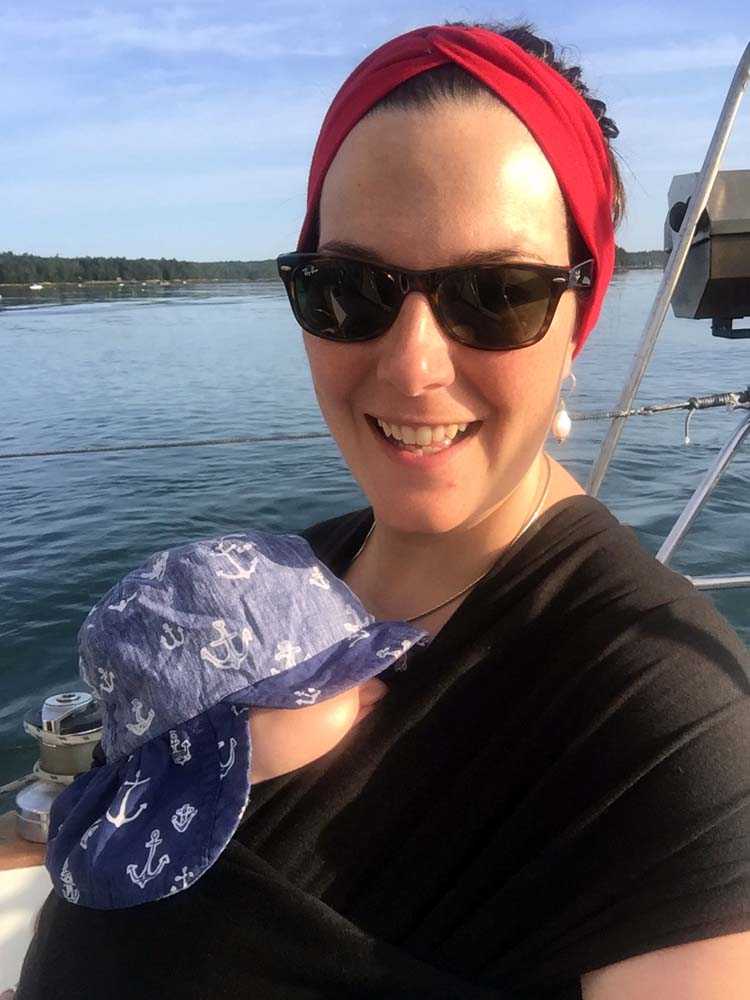 Pretty much the only reason we made it out this weekend was because we told our great friends Bill & Kitsie that we’d meet them, so we HAD to leave. Kind of like inviting guests over so you have to clean your kitchen. Not that we ever do that either, right? 😛

Especially since Saturday started as a foggy mess! 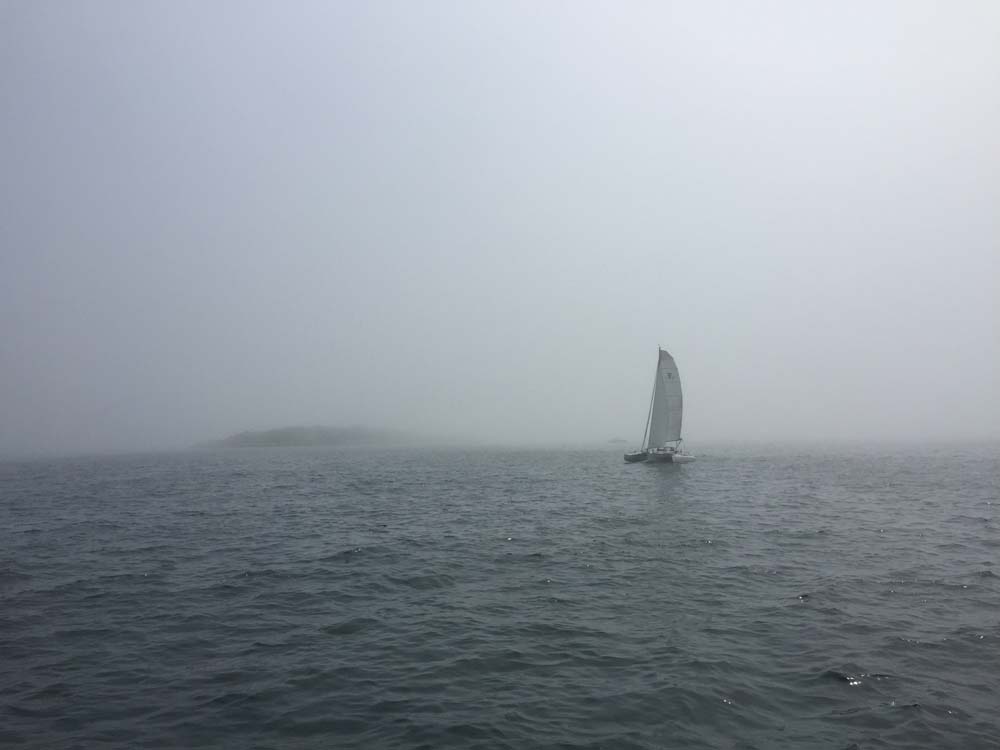 Our other motivation for getting out was to try the new furler (Harken MKIV Unit 1, for those that care about these details). Turned out that the luff line on our old genoa was too big for the new furler (not a happy moment), so I spent Friday night madly sewing a new luff tape on the genoa. A boat job that was indeed easier than I expected (not something we say often around here!!). 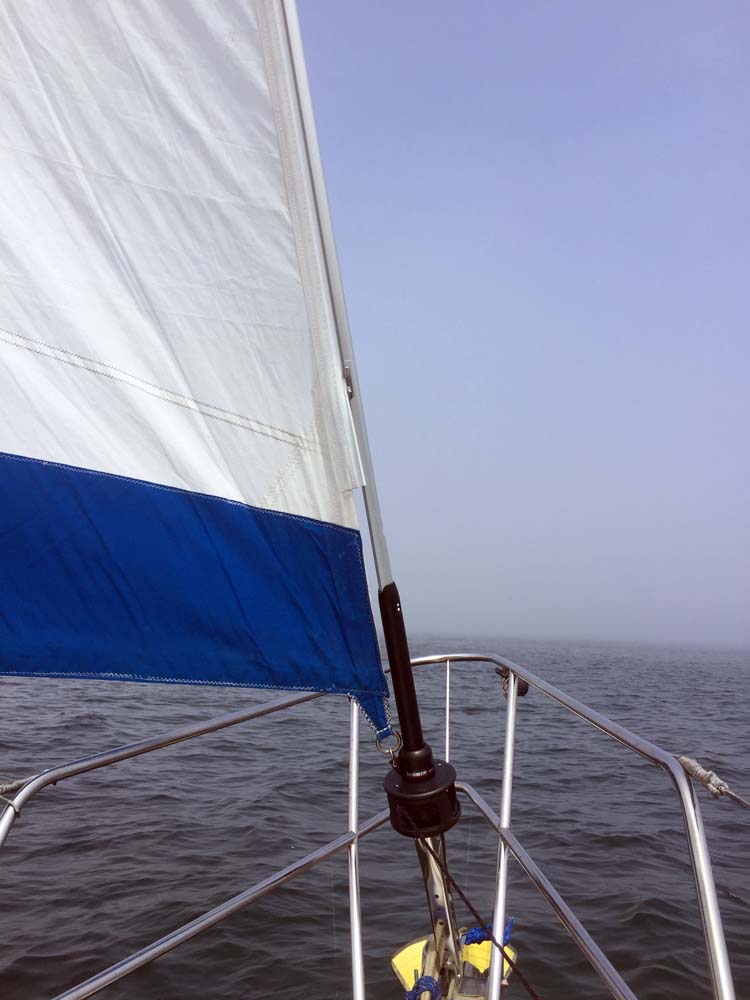 The Basin is a mere 8 miles away from our mooring at Jon’s mom’s house, and stands as one of our favs no matter the time of year. 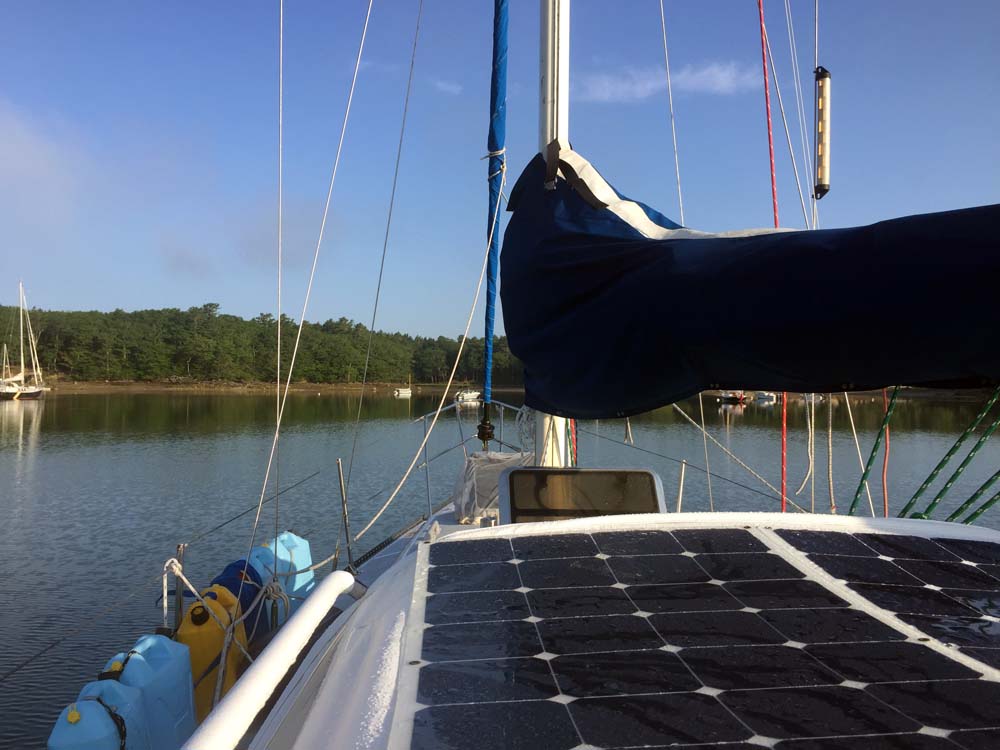 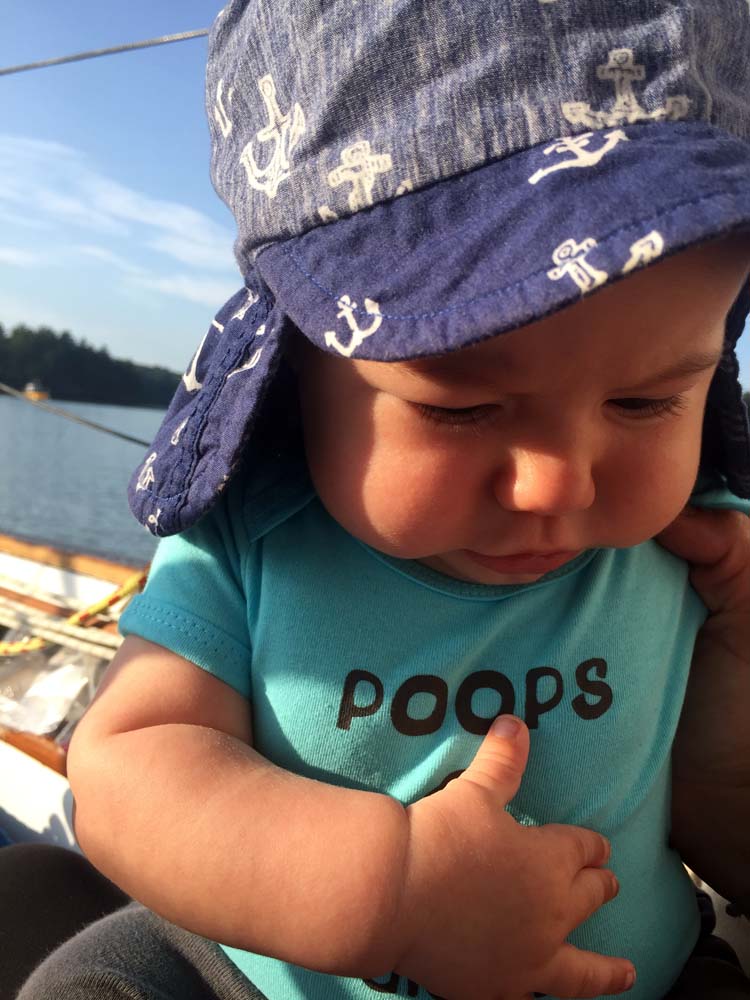 All that sailing wore little Z right out, so he had a nap in the big-people bed. Why are sleeping babies so irresistible?? 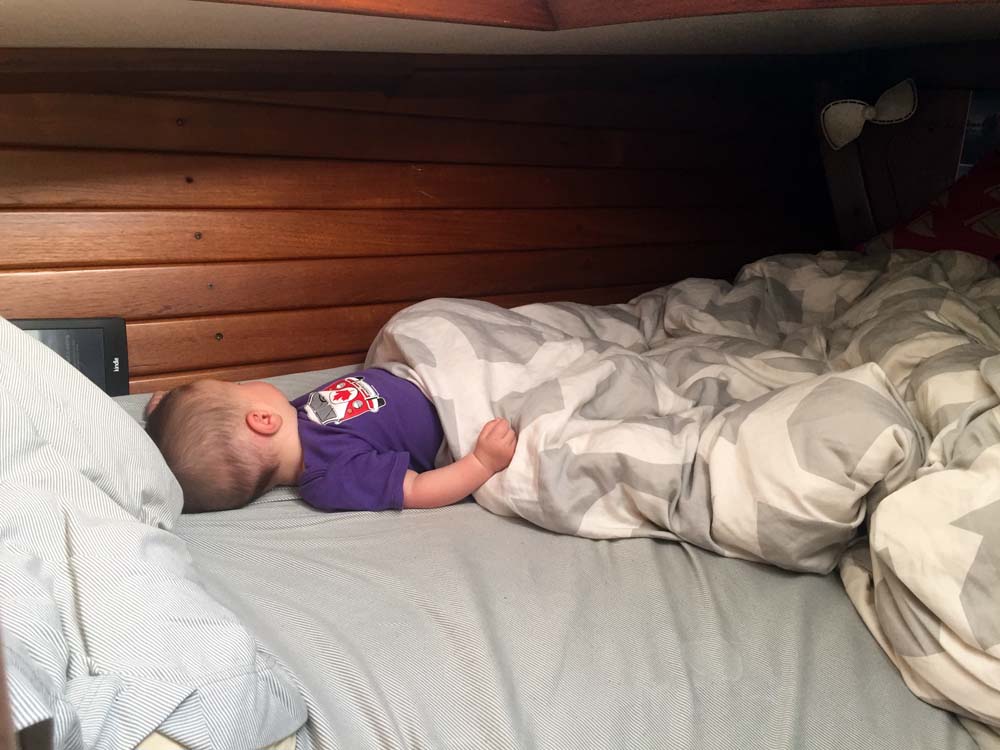 I had literally been dreaming of waking up at anchor, with my baby asleep in the vberth and a hot cup of coffee in hand since we first found out we were expecting. So this was a VERY happy morning! 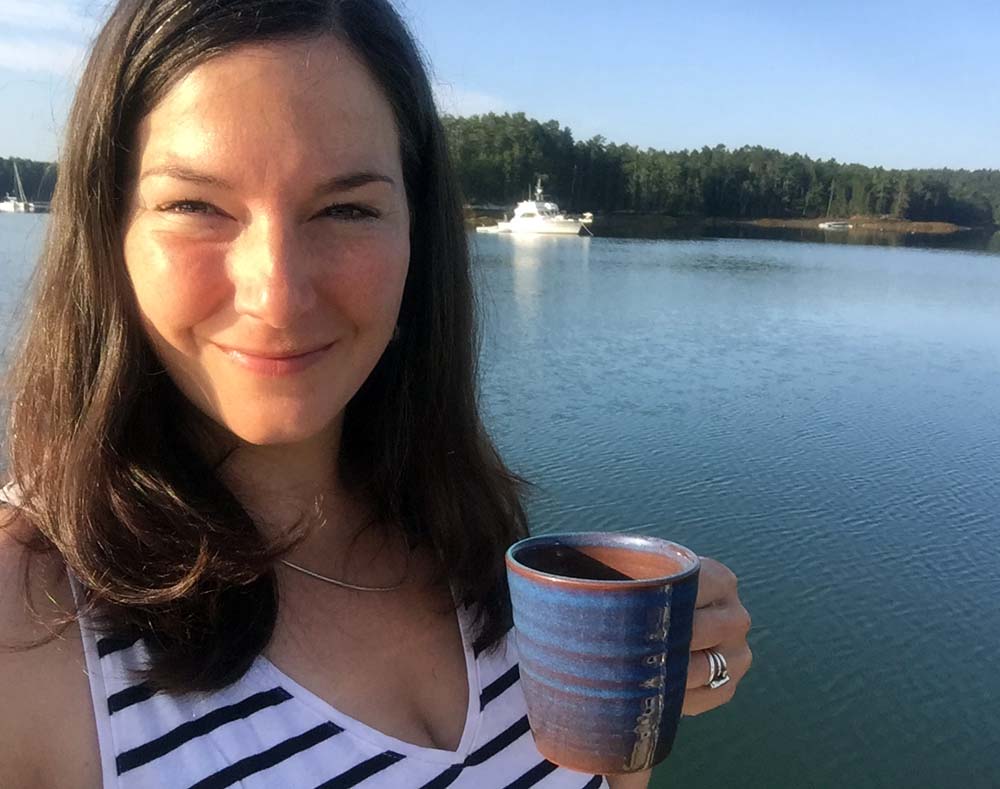 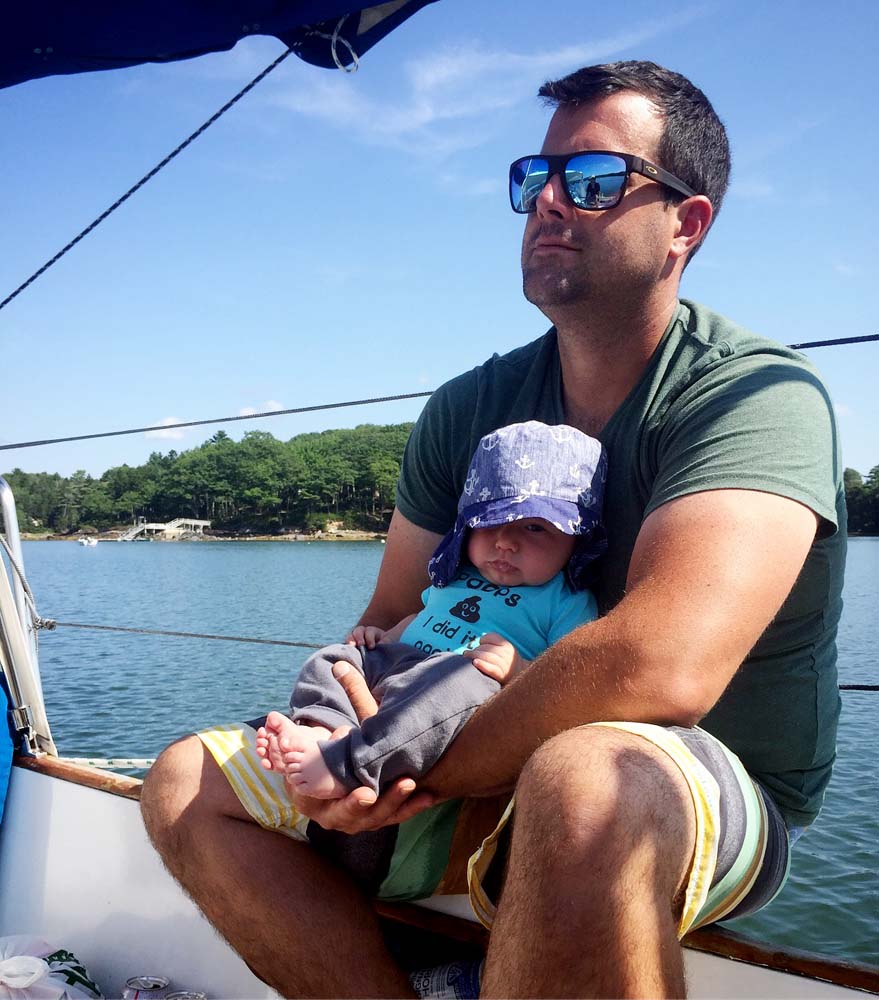 To add to the fun, I mentioned to our friends that The Basin was pretty much perfect, “except there isn’t anywhere to go for a walk”… to which they happily showed us the nice little trail that circles the bay! 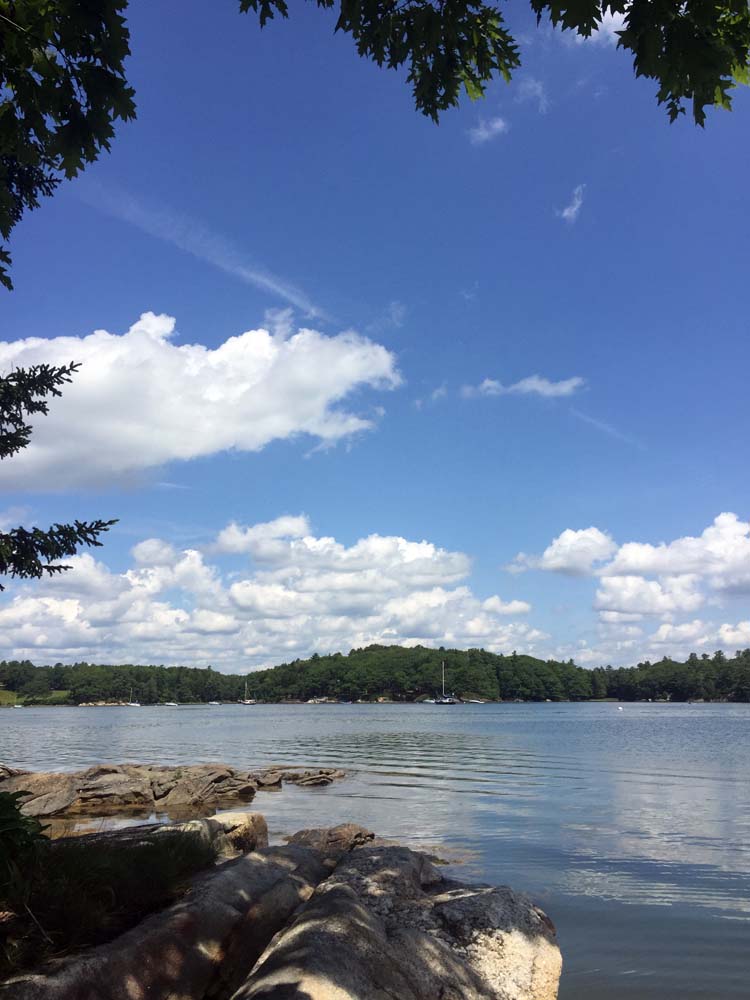 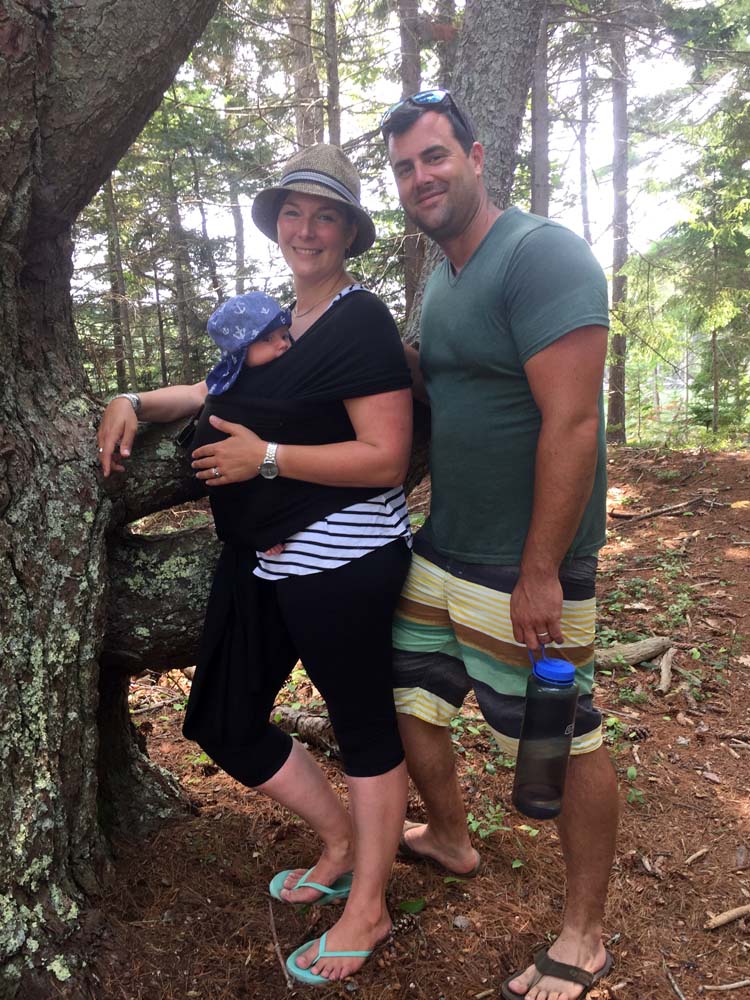 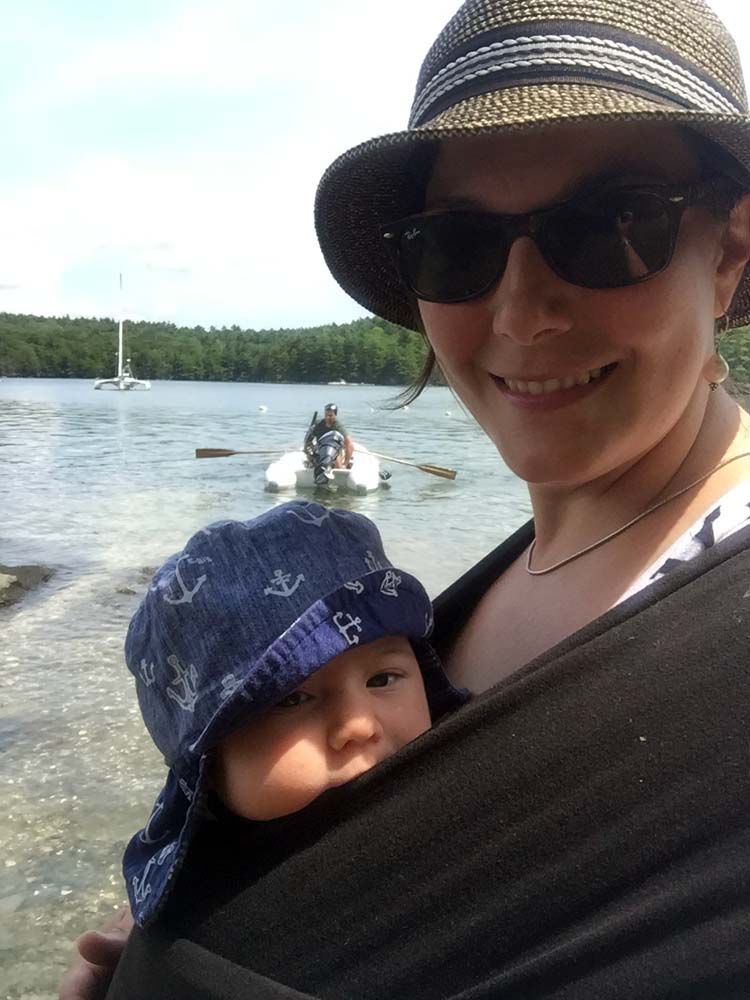 On the baby front, Zephyr can now hold and examine toys (usually with his mouth) which makes life quite a bit more interesting for him. 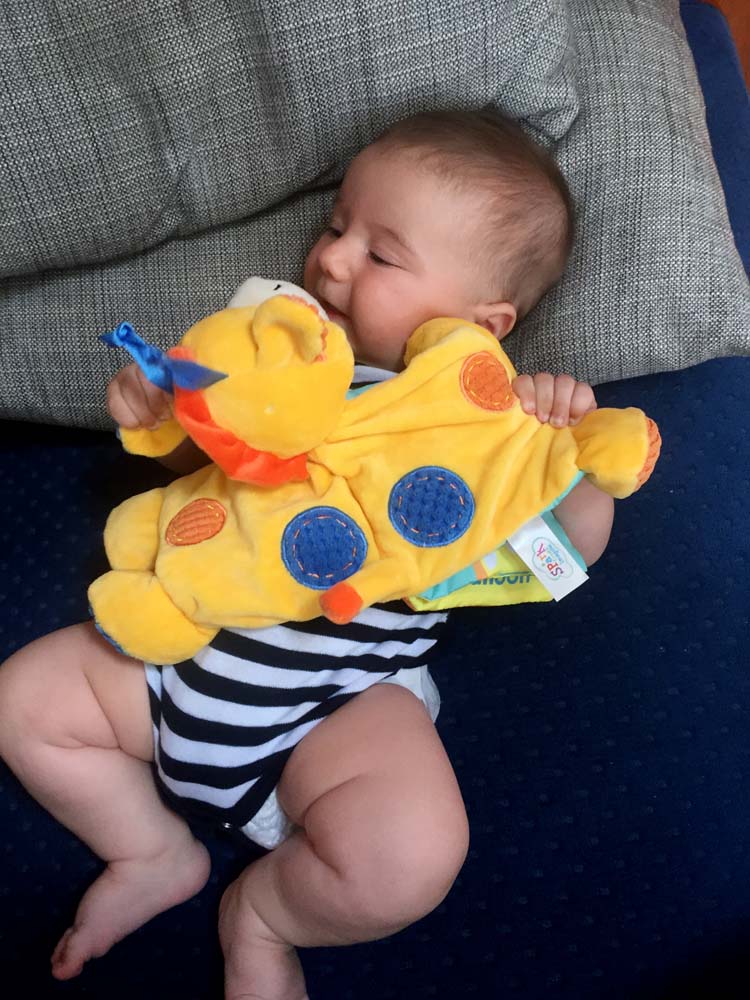 And when toys get boring, there’s always time for a dinghy toot around the bay… 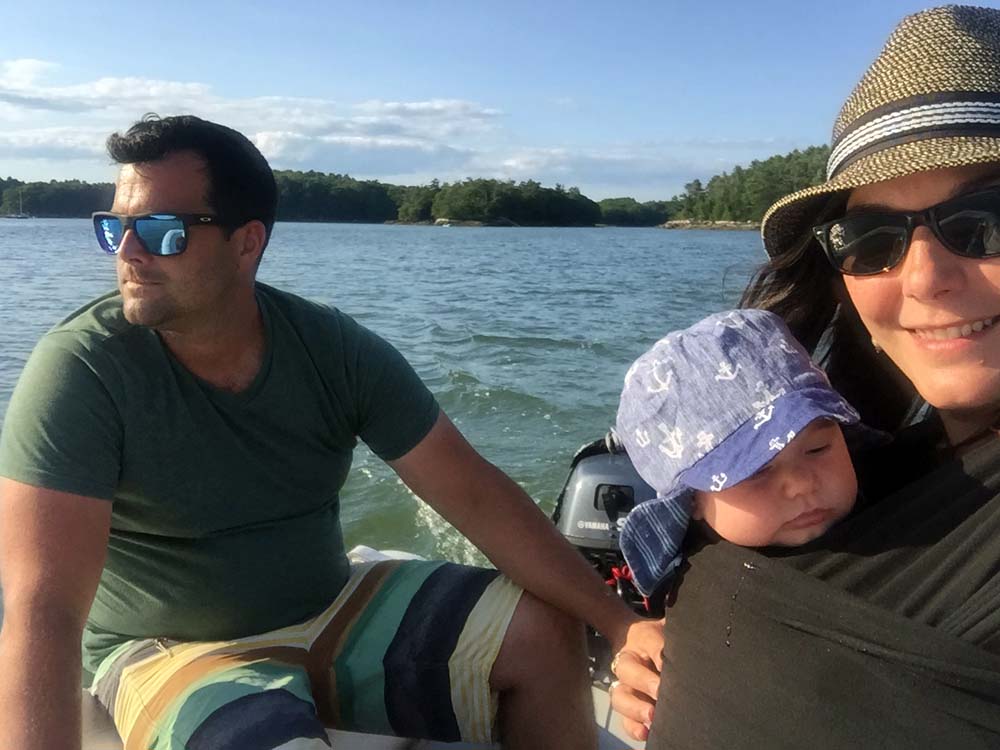 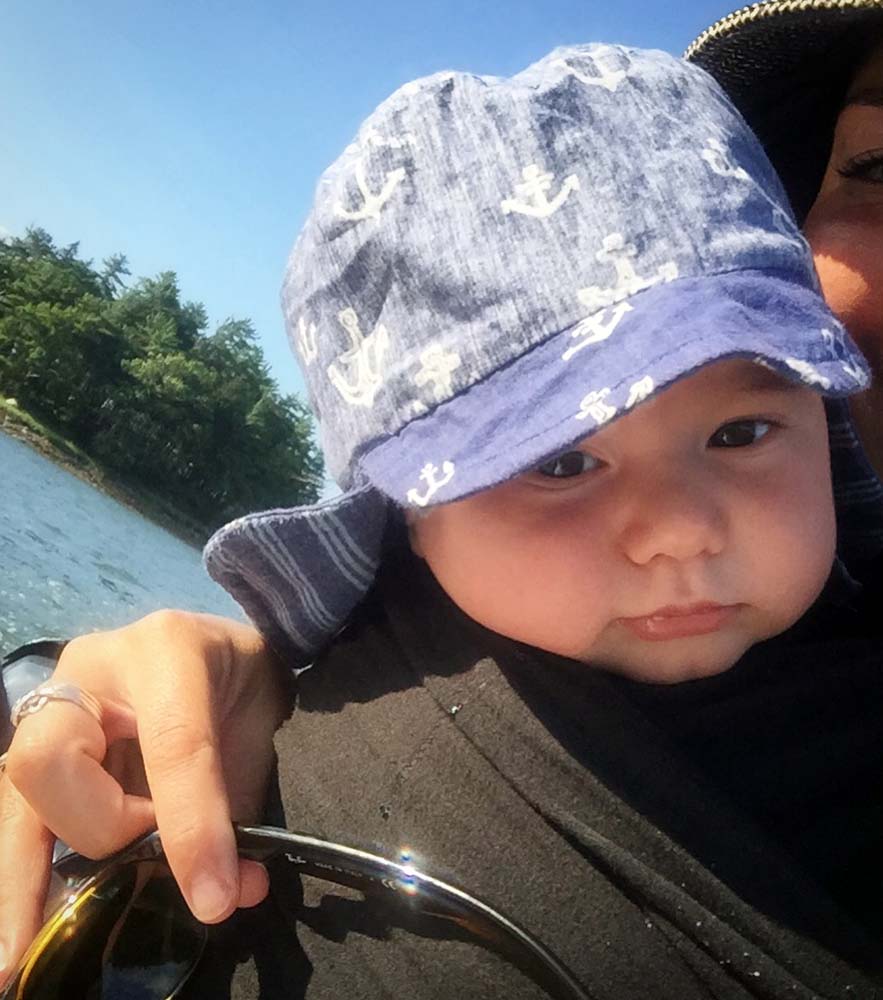 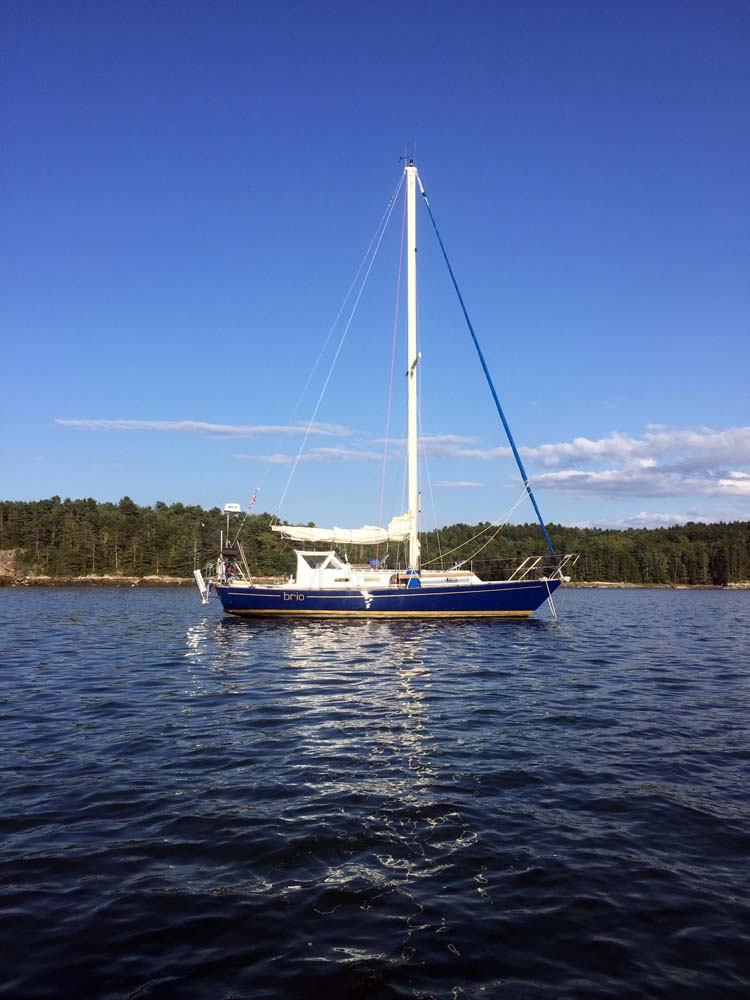 Post-dinghy-toot naps are an added bonus! 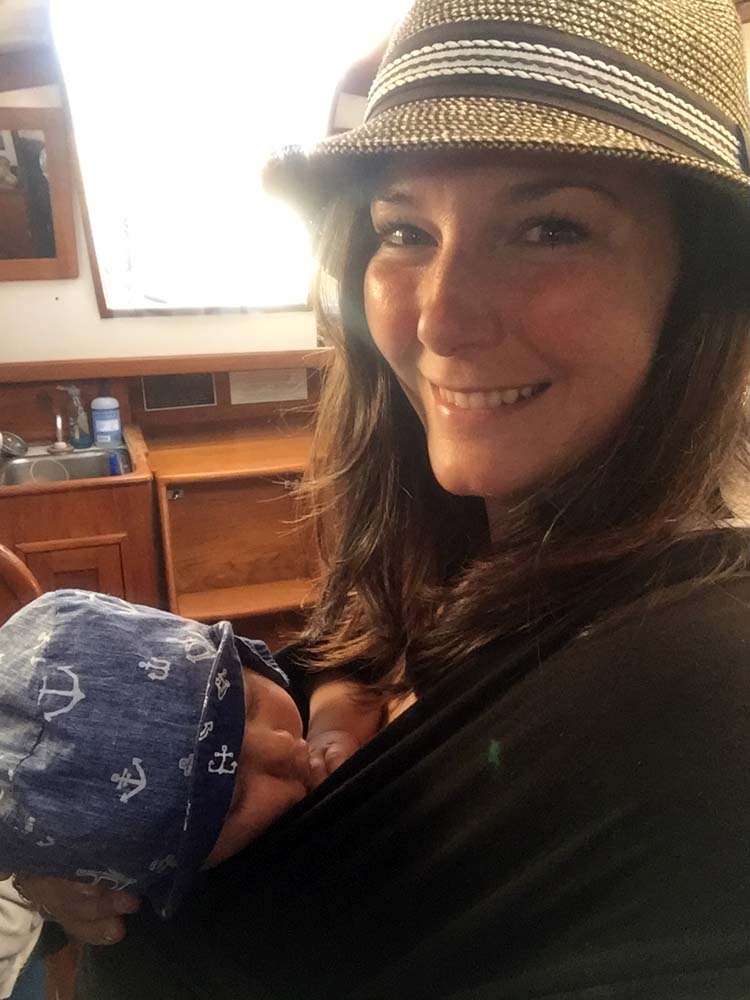 We were having such a nice time just hanging out as a little family on the hook, we decided to stay an extra night and come back super early Monday morning. 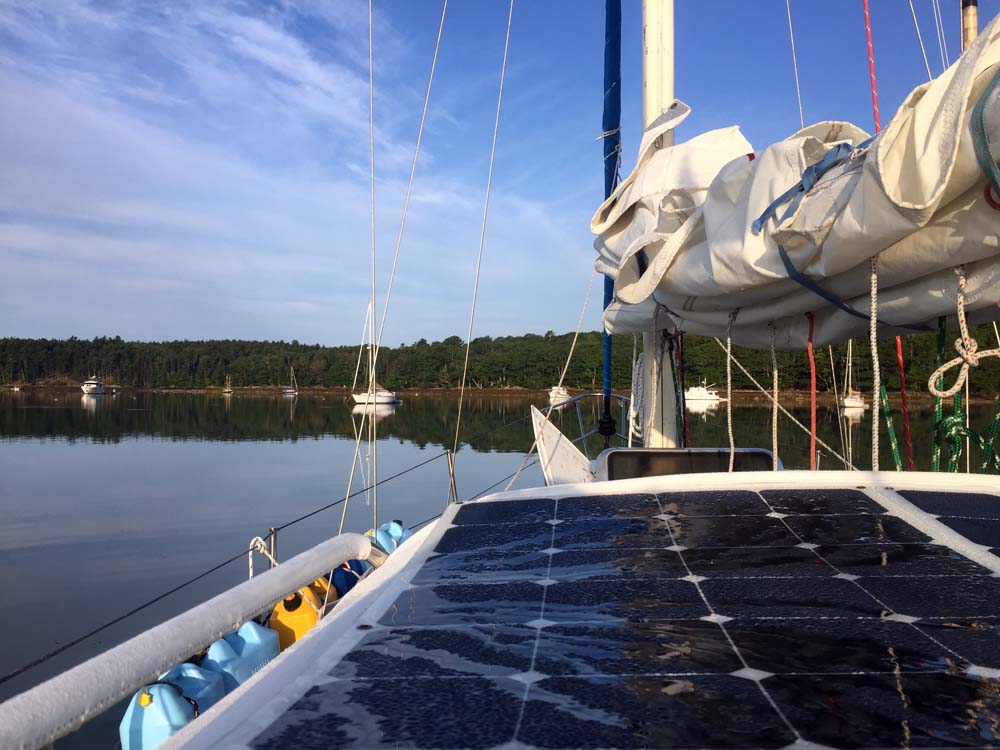 Best decision we could have made! 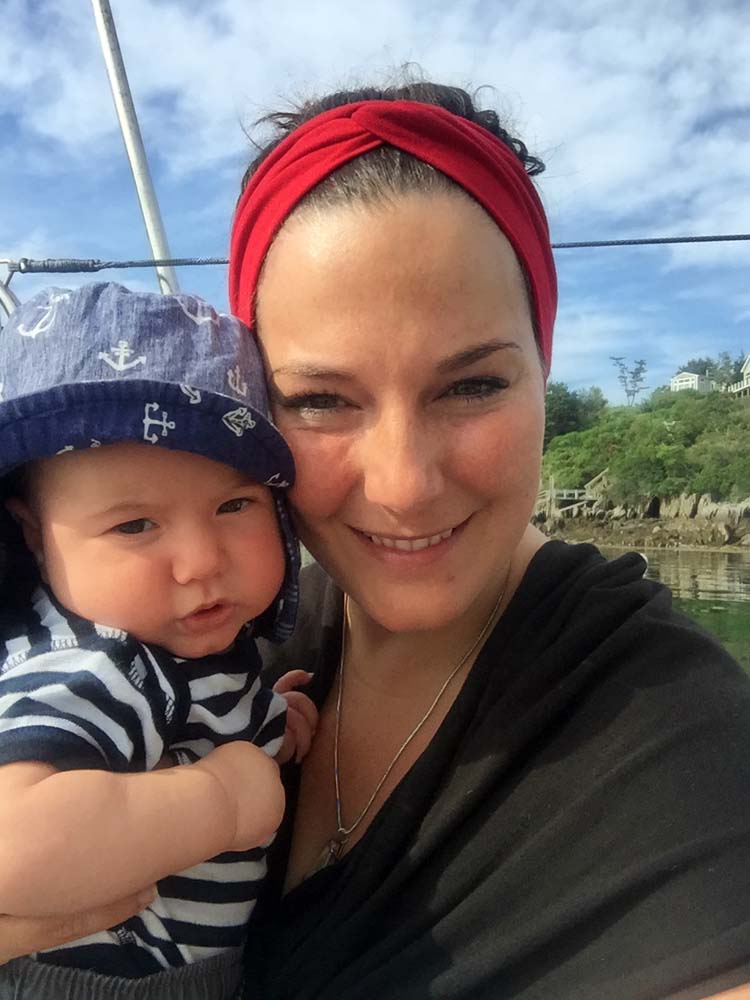 And a funny aside — we’re not actually sure that Zephyr understands most humans live indoors. 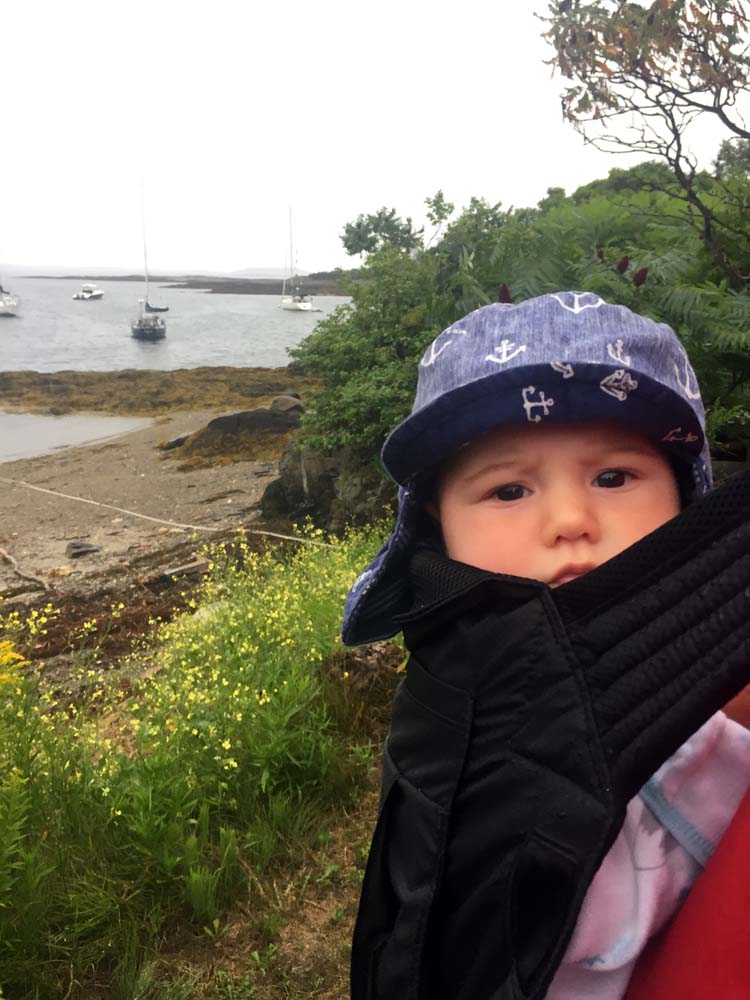 He loves being outside SO much (rain or shine) that we think he might think he’s an outdoor baby — like an outdoor cat but a little louder and definitely needier. 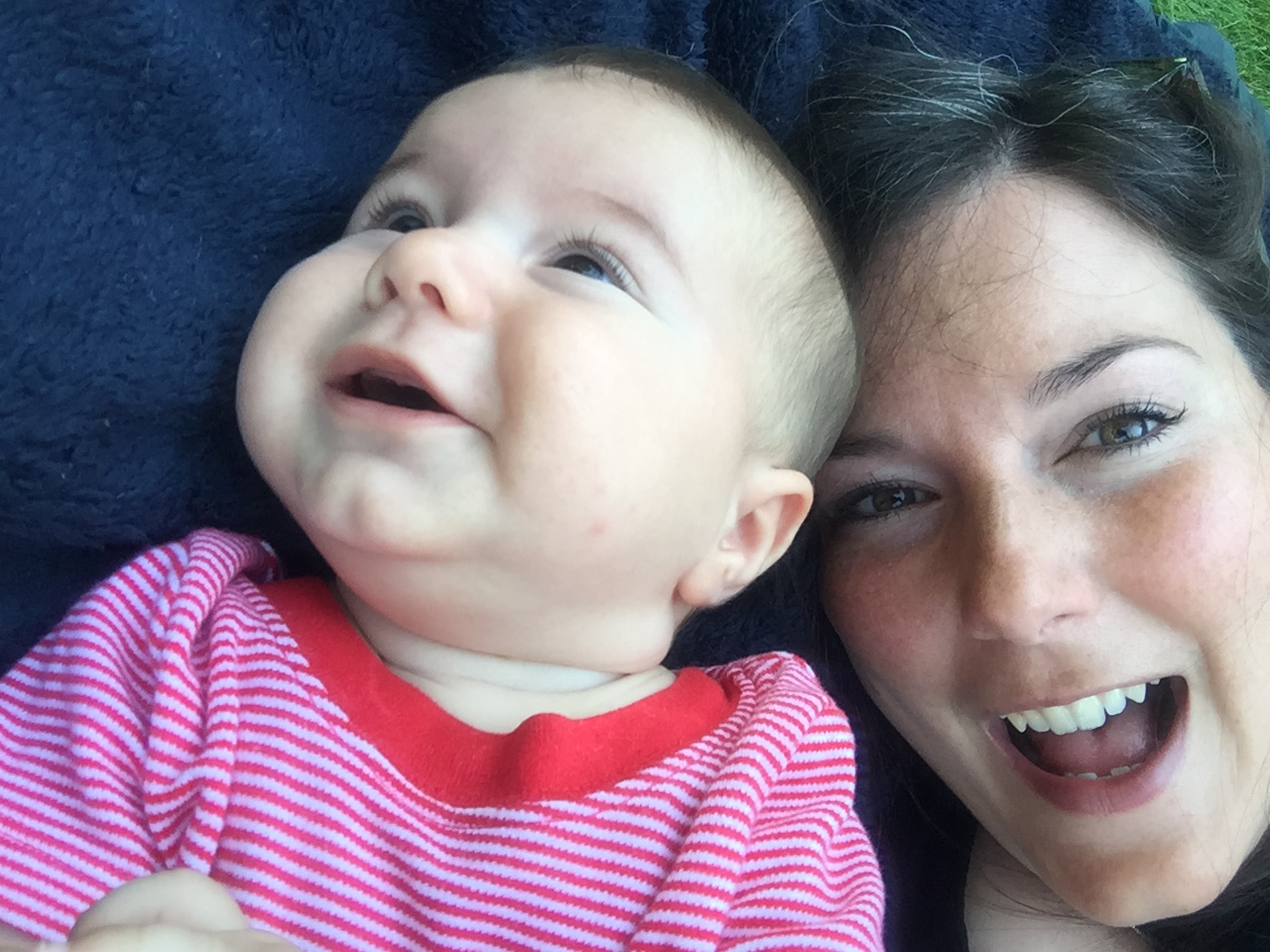 But given that he lives on a pretty open, breezy sailboat, that’s probably a good thing 🙂