The saying is supposed to be “the beatings will continue until morale improves”… but since we beat the whole damn way here, it seemed appropriate to drop the ‘s’.

Especially since in the process of beating the whole way here, we killed our poor friend and crew member Maureen (sorry Maureen!!) (and not literally people, relax… although Jon did just finish reading a rather interesting story about trying to bury a dead cruiser in Turkey and what a logistical nightmare that was, so note to self: if you’re going to kick it on your sailboat, best to be buried far out at sea rather than in a foreign port, especially Turkey).

We picked up the lovely Maureen in the Corn Islands, had a wonderful day of swimming & getting re-acquainted, and then set off for Providencia the next morning. 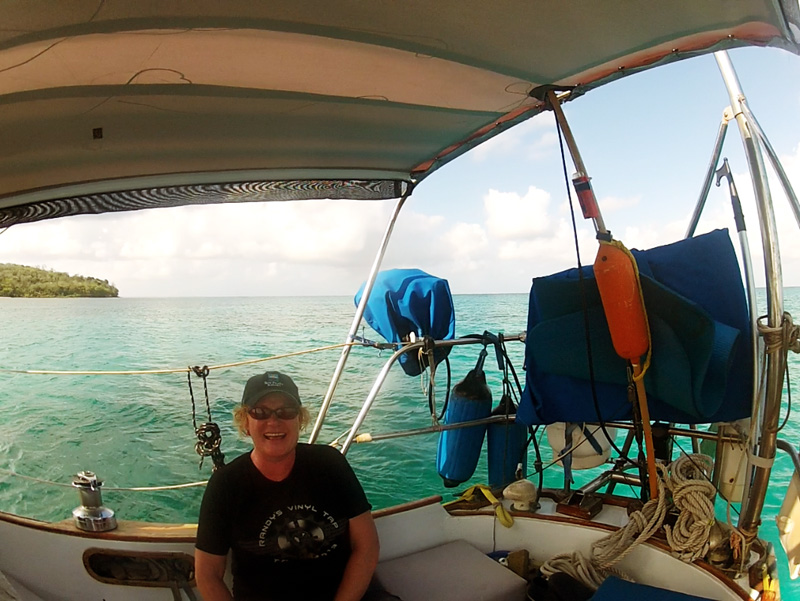 Proof that Maureen was happy at least once on Brio!!

We knew it’d be a tight sail, but we didn’t quite expect the windex to point the way the WHOLE time. Alas, it did. So we zigged. We motor-sailed. We zagged. We sailed. We zigged some more. We zagged some more. And after 40 hours of that zigging and zagging, we made it 100 miles and reached Providencia. 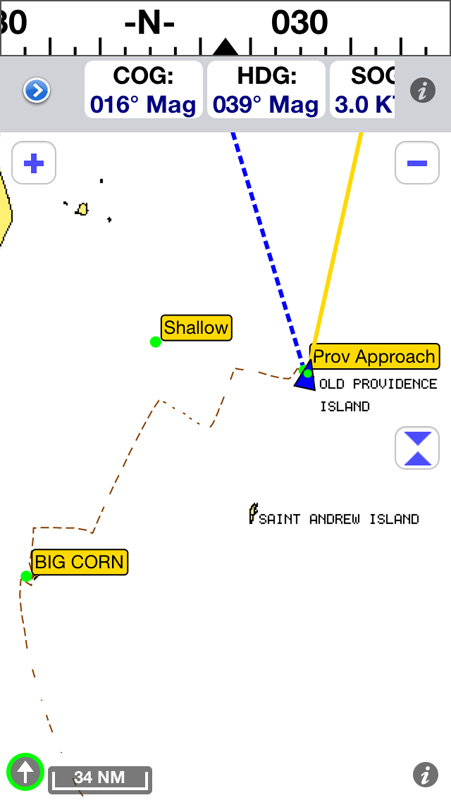 A screenshot of our route — don’t ever think sailboats are an efficient means of travel!!

We released Maureen to the safety of a ferry and many flights to get her home (the combination of a scary cough, a rough sail, and a bad cold were unfortunately too much for her to risk another passage with us). Nobody likes to be sick when they’re away from home, but we miss you already Maureen!! 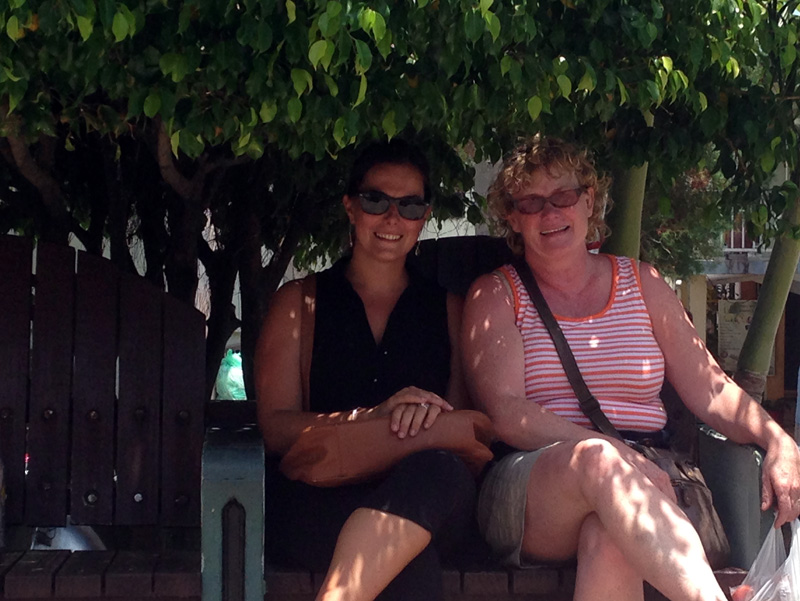 And then, seeing as it was our 18-month anniversary (that’s a year-and-a-half people! well worthy of a celebration :P), we rented scooters and proceeded to explore the island… 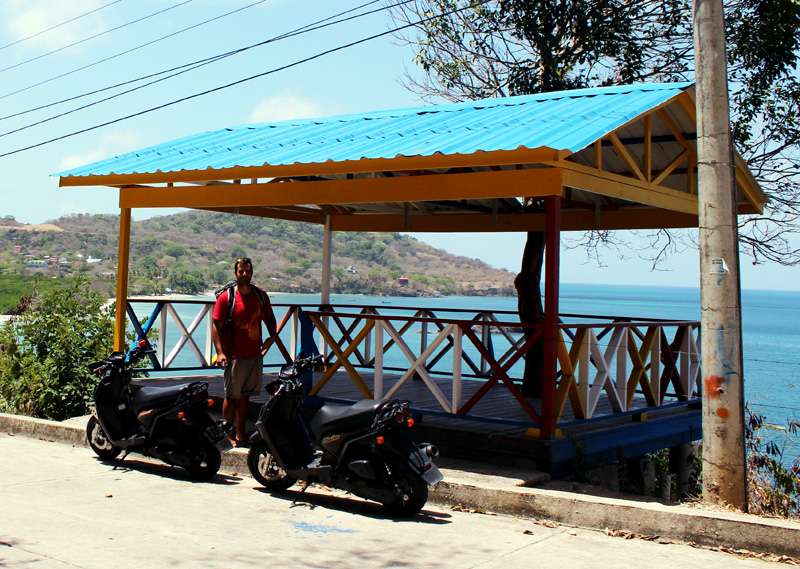 With a few of the necessary self-timer-anniversary-shots, of course 😉 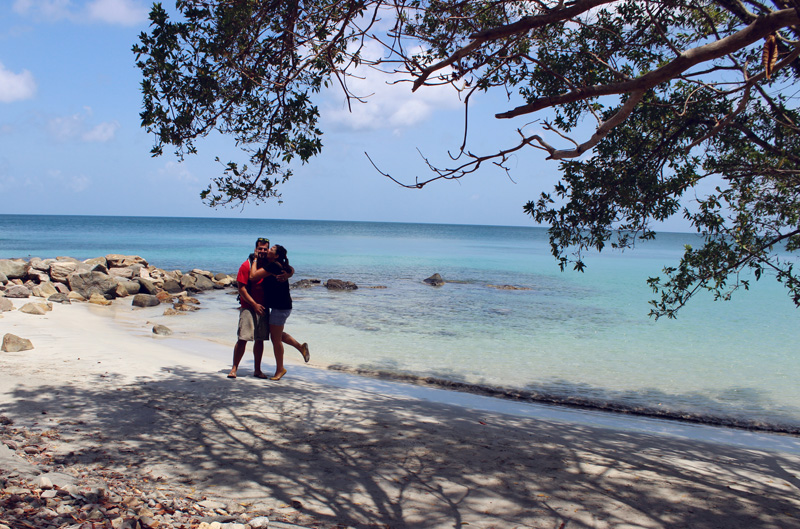 Can you think of a more beautiful place to celebrate 1.5 years of marriage?? Cuz I can’t. I told Jon we’ll have to come back for our 18-year anniversary 😀 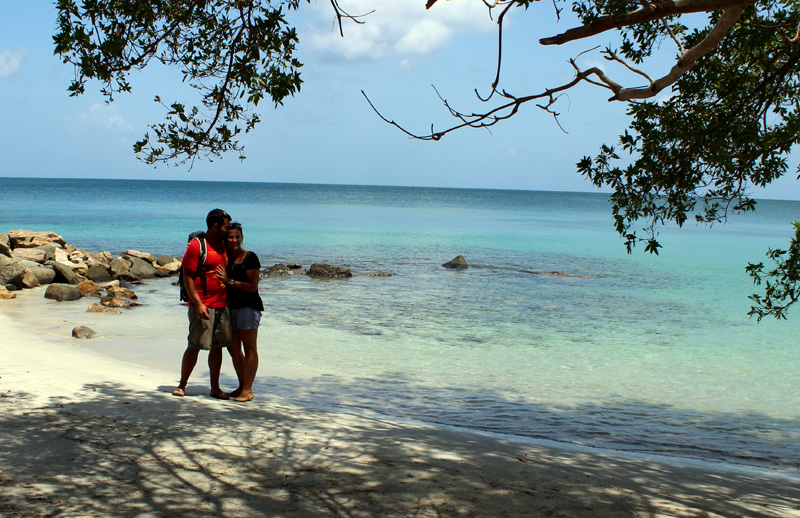 And an added bonus was I don’t think I’ve ever seen such a huge grin plastered to Jon’s face as he had whizzing down the hills of Providencia on his scooter. Who knew this man was made to scooter? 🙂 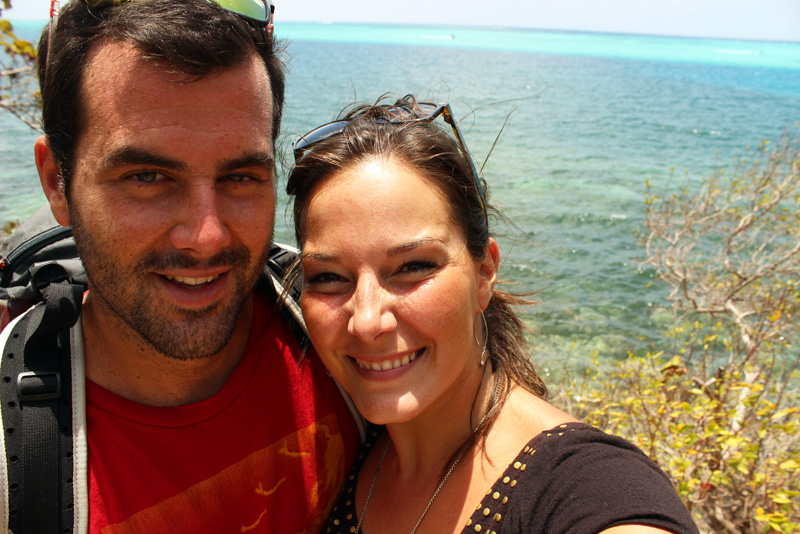 And after our day of scootering we got to return to our safe little home, nestled quietly at anchor in 7′ of water, and the thought that maybe beating improves morale after all…. 😉 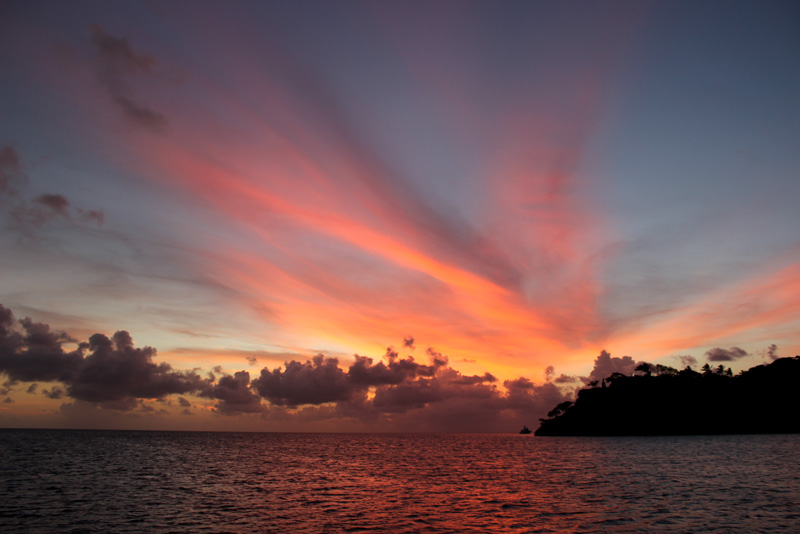