Well that’s behind us! 🙂 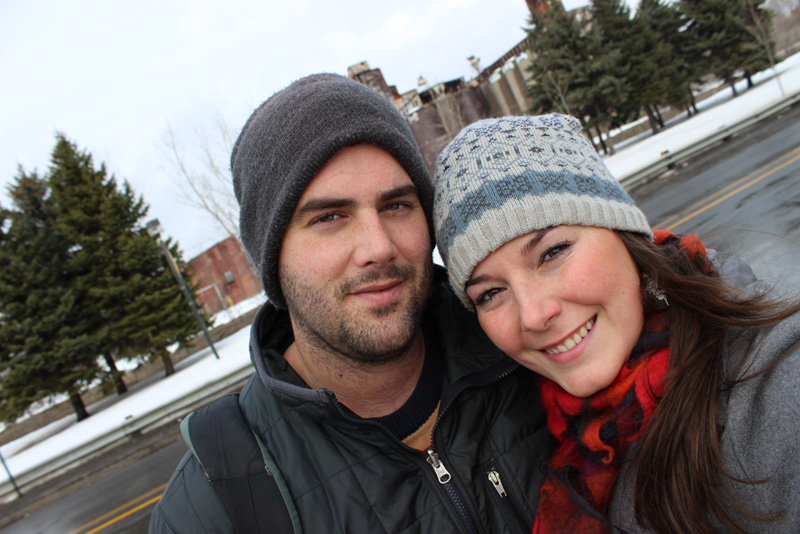 I get all superstitious and worried at the end of big things… like not wanting to say that the visa process is done until it was LITERALLY done, just in case anything went wrong. Not that you expect it to go wrong, but if you read some of the immigration forums (*cough*notlikeIwouldobsessivelydothat*cough*), you hear about people who passed their interviews and then waited MONTHS to get their passports back, or had issues at the border with their “official point of entry”, or got randomly hit by a meteor while driving from their hotels to the passport pickup location… you know, the usual fears. 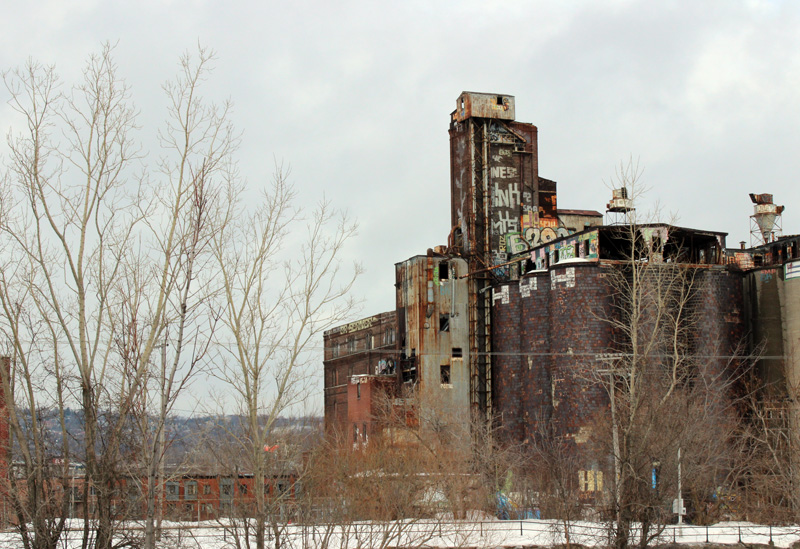 Random cool building in Montreal (with a mini-cabin on top?? 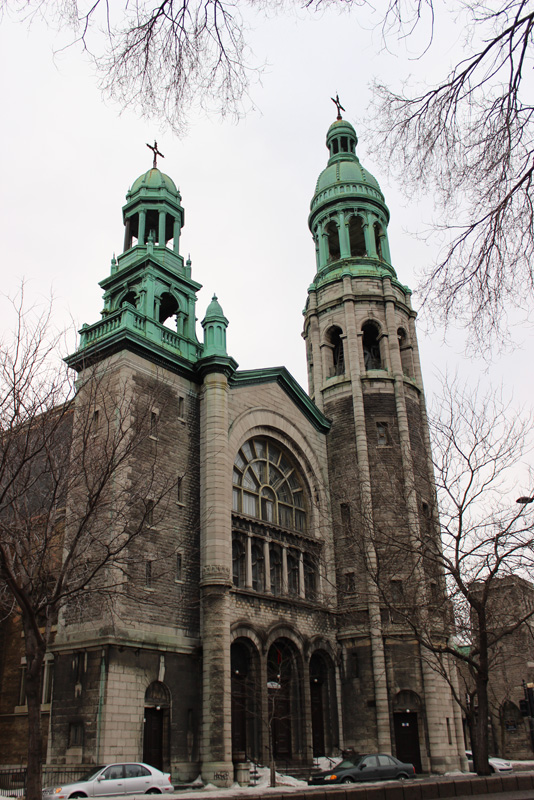 Another beautiful building in Montreal

Anyways, long-story-short, none of that happened to us and so I am now officially what they call a “lipper”. Apparently that’s the (affectionate??) name border officials have given ‘Legal Permanent Residents’ (LPRs). I stay an LPR for 3 years, at which point I can apply for US-citizenship and be *really* done the whole thing. But in the interim, being an LPR means I can live and work and reside in the US, and so long as I keep my little lipper card on me at all times, I’m good 🙂 Important to follow the rules, you know! 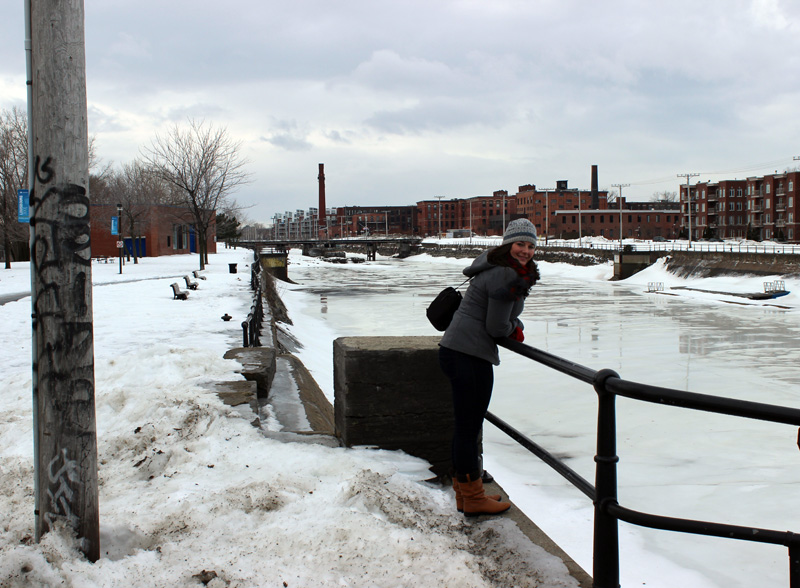 Feeling quite happy (but cold!) in Montreal

So, in related news, the *super* good part about all this is that WE ARE GOING BACK TO BRIO. It will be exactly 8 months and 8 days since we’ve last set foot on her, so we’re a little unsure of what we’ll find… but SO excited to be back at the boat I can’t even explain 🙂

We’re expecting a few days of cleanup (it’s been raining for much of the 8 months we’ve been gone, so that alone ought to be interesting), hoping for not too many unexpected projects, and preparing for as many eventualities as we can. I told my dad that we were excitedly opening all the UPS packages of boat parts we’ve been ordering, and he kindly reminded me that ‘all those packages just represent more projects to do on the boat‘. Which you’d think we’d be done with by now? But I digress. Boats. 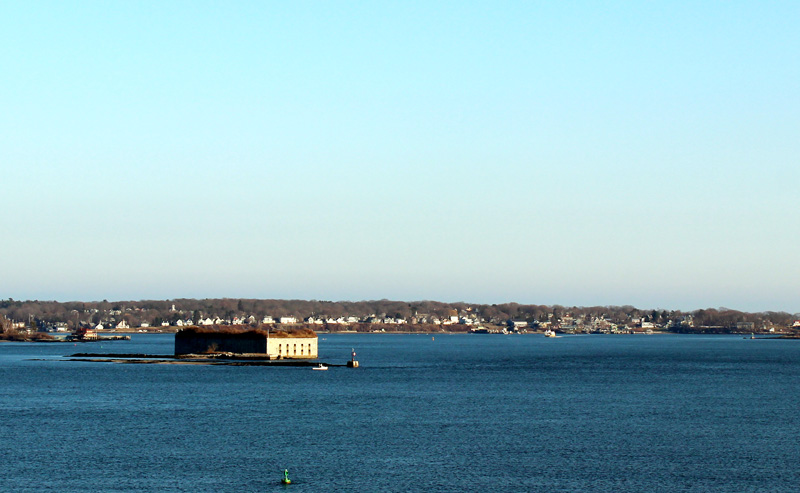 The harbour in Portland, Maine

A funny little story for you… Jon and I were parked at the end of Bailey Island here in Maine, looking out at the ocean and watching the couple lonely lobster boats go by, when he got an email. *Ding!* “We are confirming your flight from LAX to Mexico City will be at gate A28,” Kayak kindly informed us. Jon looked at me with a question on his face, and wondered, “why would they be confirming our flight gate when it’s not until next week??”. Realization dawned with horror, and I’m pretty sure the colour drained right out of my face. Could it be? Was it possible?! Was I that dense???

Yup. I’d booked a flight for the wrong week.

Somehow, in the midst of boat-part-opening-glee and I-just-became-a-lipper-excitement, I’d lost my marbles and accidentally clicked on Thursday the 17th instead of Thursday the 24th. Coulda happened to anyone, right? 😉

LUCKILY — like I-musta-had-horseshoes-up-my-wazoo-luckily — when I called Kayak to see what my options were (fully expecting that the $486 of flights were going to be a right-off), they informed me that because I’d booked a flight 14 hours before it was going to take off (and was now calling 2 hours before takeoff) I was still in their golden window of “24 hours” which meant that I could cancel the entire thing. With no penalty. None!

If I could have reached through the phone and kissed that lovely Kayak man, I would have. Disaster averted!

So we’re now booked to go back to the boat on Thursday the 24th… Leaving Maine on Wednesday so we can fly to LAX with enough time in between flights that our bags might actually make it with us (flying in and out of New England in the middle of winter is a bit of a crapshoot), and hopefully arriving at Brio the evening of the 24th. The visual of how our January has gone/ is going, is pretty good, I think… 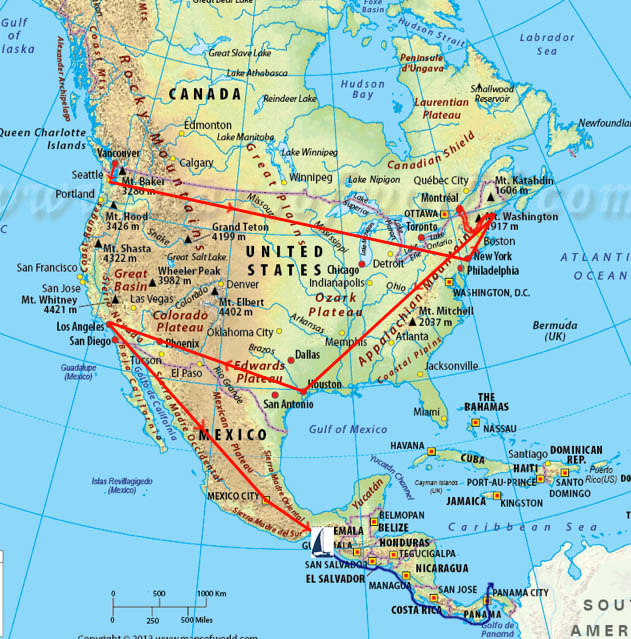 With the blue line being our proposed sailing route 🙂 Time to begin the next round of this journey 🙂 Nothing like a jam-packed January to make you feel alive!! 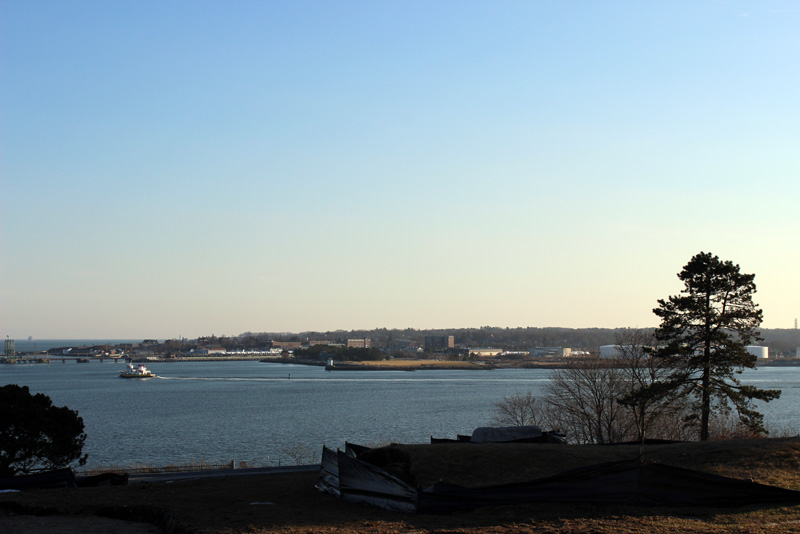