A long time ago, Jon and I sat down and talked about where we might want to sail with Brio.

Across the Pacific? Too big of an ocean.

Up to Vancouver? Too many windward miles.

Around and around in Mexico? Wouldn’t satisfy the gypsy soul.

Now that was an interesting proposition.

So last year we boldly set out to get to Panama. That didn’t quite go as planned. 7 weeks in the San Carlos work yard (happy honeymoon to us!), 4 weeks in Mazatlan (engine mounts!), 6 weeks in La Cruz (rudder repair!), and *bam* — the season was over and in Panama we were not!

That left Brio in Mexico, and the plan to sail to Maine on the back-burner… As we approached this year’s season, we decided we’d be a little more cautious.

Privately, we whispered about cruising the USA East Coast, having Brio ‘at home’ with us in Maine for a year or two of solid boat-love (aka: maintenance), not having to balance paying for a boat to be stored in a tropical paradise miles away from us while we worked and fulfilled greencard requirements, and the possibility that maybe — just maybe — we could make it to Maine this year?

We almost gave up on that dream in Bocas del Toro.

But a few favourable passage later, and we’re suddenly in the Florida Keys. The passage we stressed about for months and months (from Isla Mujeres to Key West, Florida) is behind us, the stars & stripes are flying above us, and suddenly the future is stretched out ahead of us, looking promising and possible in a way I really wasn’t sure she would this year…

On a different note, sailing in / across / around the Gulf Stream is INSANE. I knew the winds were going to be against us and that our best bet would probably be a giant motor trip in calm winds… what I didn’t realize (until we were in the throes of hunting down a weather window) was how much the currents affect this area. Just have a quick peek at passageweather’s Gulf Stream forecast and you’ll see what I mean… 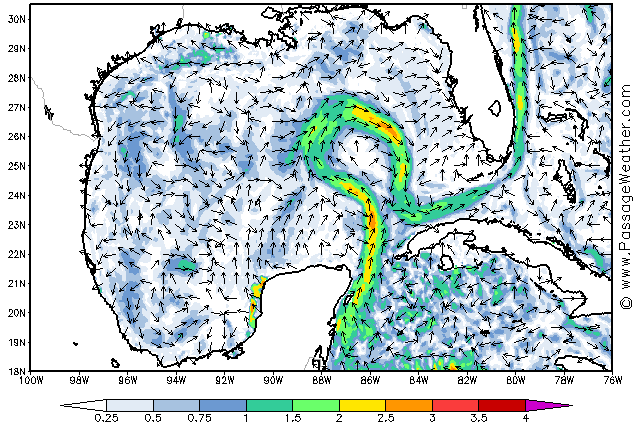 The key is to ride that yellow strip up from Isla Mujeres just long enough that you can get across and into the east-flowing current (and not get suckered into the giant whirling-donut that thinks Galveston, Texas would be a better destination than Key West, Florida 🙂 ). And — thank our lucky stars — that’s exactly what we did! Brio made 9-10 knots all the way up to 23 degrees north, then did a solid 6.5-7.5 knots right in through the Key West channel.

The motion was crummy — 10 knots of wind over 3 knots of current = lumpy bumpyness, and I think the fanciest meal we prepared was cereal — but the speed was well worth it. We covered 369 miles in 57 hours. That is an UNHEARD of average for us, and (bonus!) meant we were actually only out for 2 nights. Happy faces 🙂 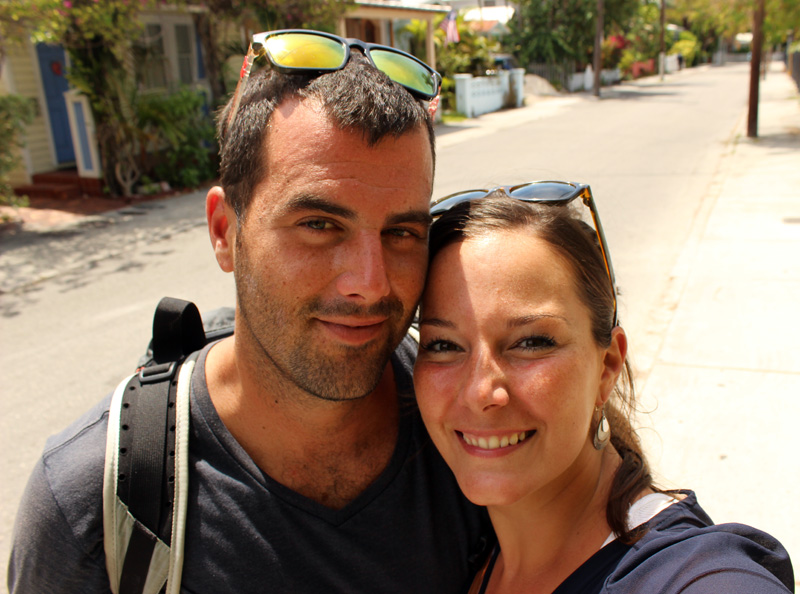 So in a nutshell: It is AMAZING to be here, and I’m seriously super-duper excited for this next stretch of sailing.

Oh, and? The Florida Keys are beautiful. Neither of us had been here before, so we’re busy soaking it all in (the beaches! the perfect temperature! the English-speaking officials! the wandering chickens! the cruiser-friendly live-aboard amenities! the peanut butter!). 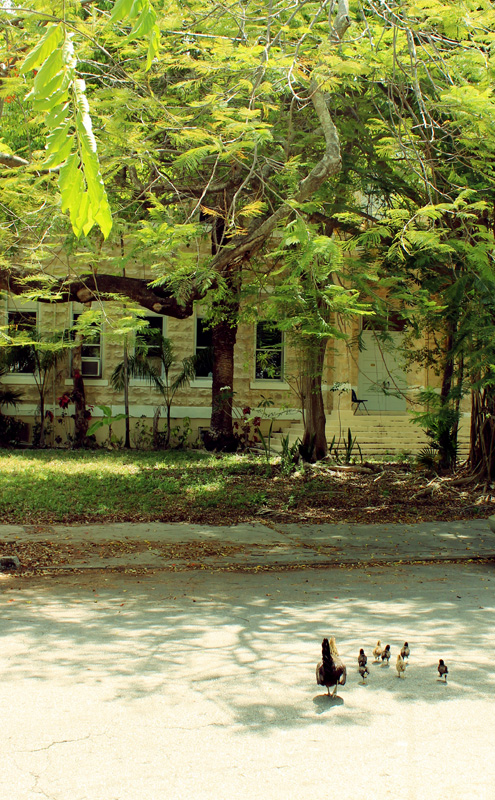 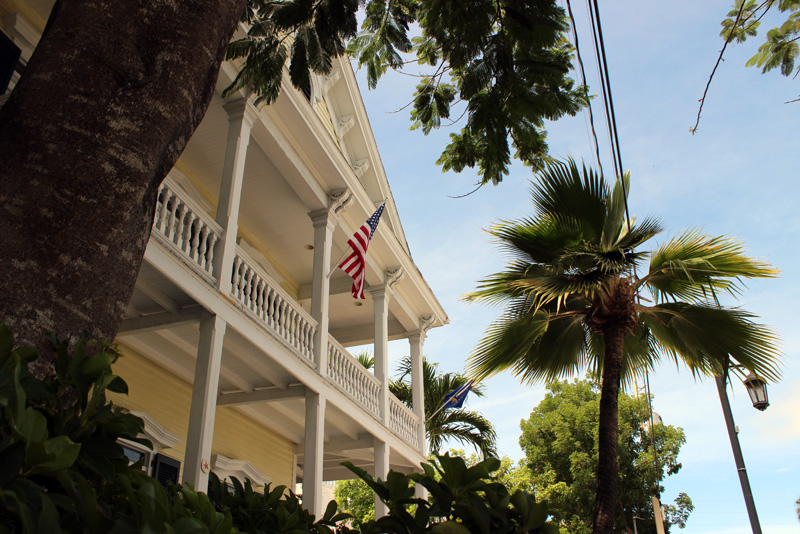