So. Here’s the deal. The first time I totalled up everything that we spent to go cruising this winter, I just about died. Then I figured I must have added a zero somewhere. Then I wondered how on earth we managed to spend more money than I thought we even had. Then I called Jon and said “omg we need to stop spending money on this boat”. Then I took a deep breath, realized that what’s done is done, and thought that at *least* we can say that we own a heck of a better boat after this winter’s long list of repairs + projects than we did last year.

With that in mind, here’s the big fat number of every dollar, cent and peso that we spent to go cruising this past winter, from December 2012 to May 2013, all in Mexico:

I know, right? It’s crazy. Last year we spent $10,351 and I thought *that* was a lot (oh the wisdom that experience brings… 😉 ). This is the breakdown of where the money went (click to see a bigger version): 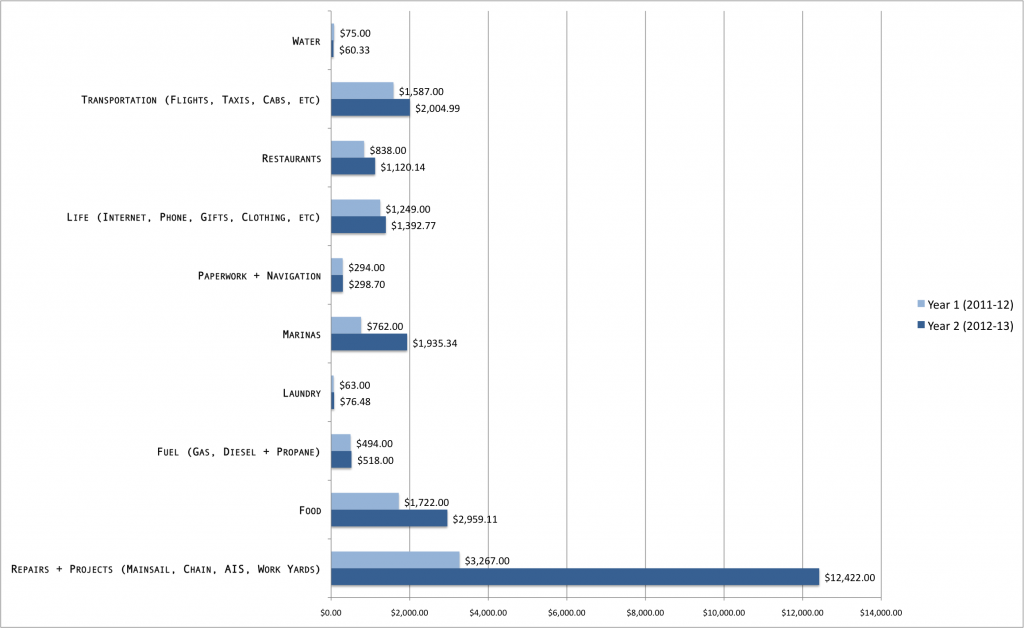 At this point I should say that not all of the money came directly from us — we got engaged and married last year (yay!) and were blessed with all sorts of generous gifts… all of which we put towards Brio 🙂

I know not everyone is into this stuff, but I *love* analyzing the numbers. Here’s what’s interesting to me:

And that’s about all I have to say on the subject for now 🙂 Although I think maybe next year we’ll do a few little subtotals as we go along, just so we don’t have quite the same sticker shock at the end of the year…